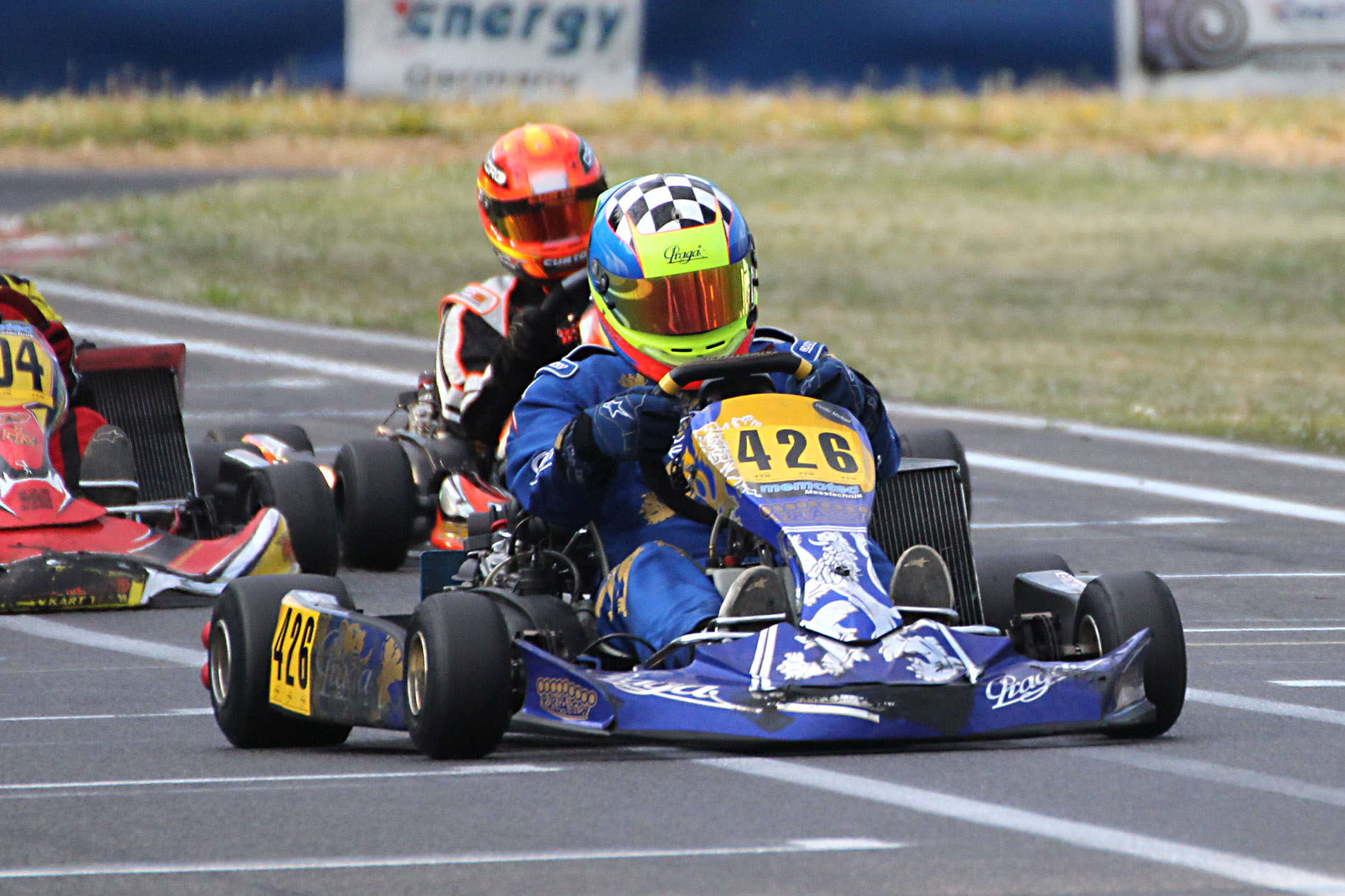 From 19th to 20th April 2014 the M-Tec Praga Racing Team headed for the opening round of the ROTAX MAX Challenge Germany. At Kerpen almost 140 drivers fought for the first points of the year. The German Praga distributor was represented by ten drivers looking back on a very successful weekend in the end.

In the DD2 Masters category Tommy Helfinger did a brilliant job. He took the victory in the prefinal and stepped onto the podium by finishing third in the final race. In the DD2 class it was Maurice Schiwy who went for the best team result. After some tough fighting he asserted himself on sixth place in the elitist grid.

The senior category was the most competitive class of the weekend, counting over 50 drivers who were aiming for one of the 34 final places. The M-Tec Praga Racing Team managed this challenge perfectly. Five of six drivers made it into the finals. Yet one of the team did the most outstanding job: Simon Wagner set the pole-position after the heats and did not leave any doubt. Although he had to cope with a lot of pressure from behind, the Austrian finally celebrated a double win! A remarkable job did his team-mate Maximilian Schmitt. He was the quickest man in the qualifying, third after the heats and the prefinal. In the last decisive race the youngster had good chances to complete the total triumph behind his teammate until an unlucky collision threw him back to fifth place in the end.

“That was an awesome weekend for us. I am really happy and proud with the results – not only the wins but the achievements of our newcomers, too. Yet it is important to us and Praga to have won the most balanced category of the seniors in an impressing way”, said team-head Manfred Haufe.