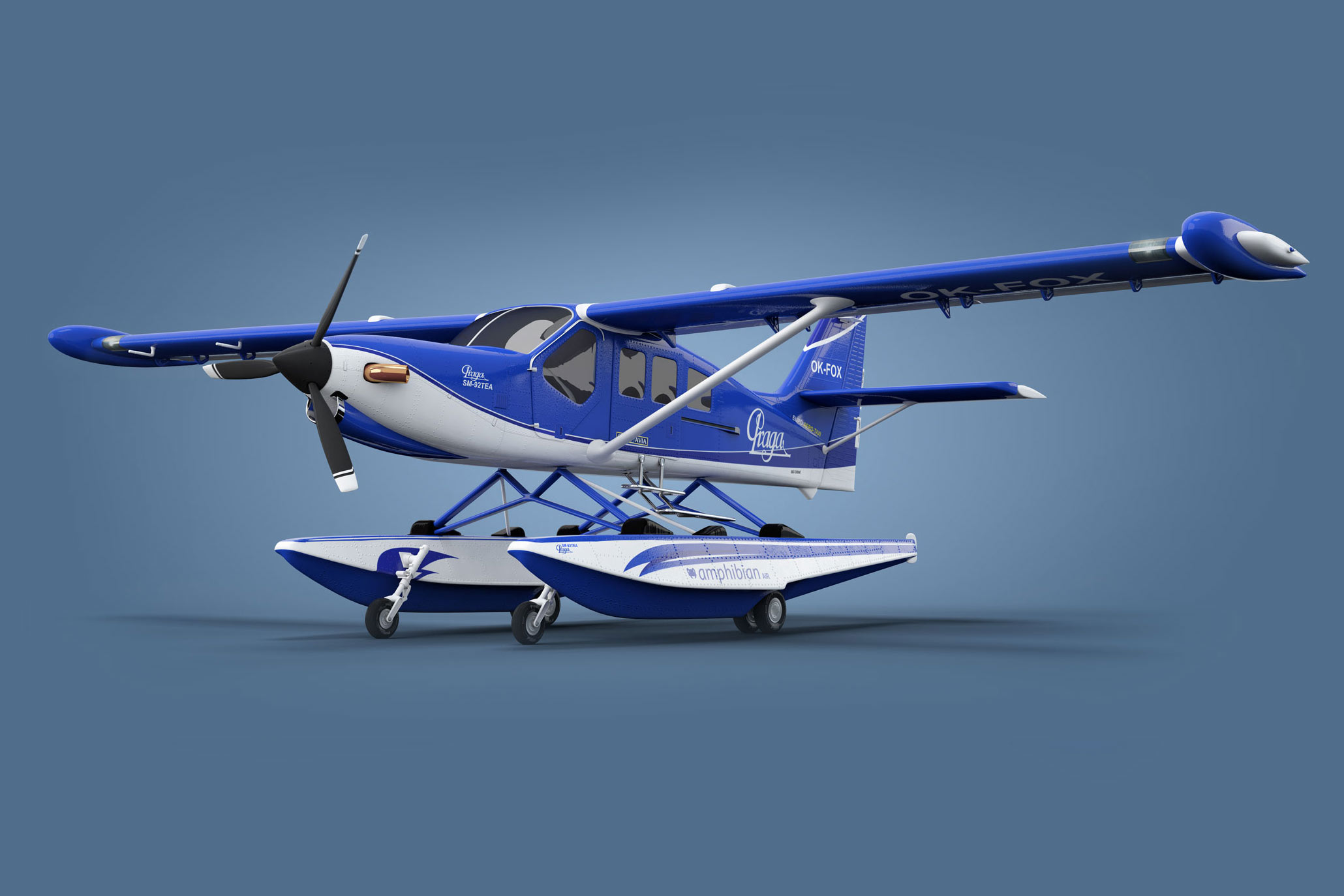 The SM-92TE Praga Alfa is a modernized version of the SM-92T Turbo Finist equipped by Garmin  Electronic Display System.

This achievement of major change approval is very important milestone on the way to the final production of the Praga Alfa in the Czech Republic with EASA Type Certificate. Praga Alfa airplane with serial number 03-004 will be able to start EASA certification procedure very soon.

The SM-92TE Praga is a single-engine high wing all-metal turboprop aircraft with fixed landing gear complying with EASA CS-23 and FAA FAR 23 requirements. The SM-92TE Praga with unpressurized cabin can accommodate up to 7 people including a minimum crew of one. The plane is powered by GE M601 F (with an alternative GE H80/PWC PT-6) turboprop engine with three blade all-metal tractor type propeller AV-803.

The aircraft´s conceptual design with Garmin Glass Cockpit flight system meets all the requirements for easy operation and maintenance, including operation in difficult climatic conditions of the Arctic Circle and desert areas. The airplane is able to operate anywhere where the ground has sufficient weight bearing capacity.