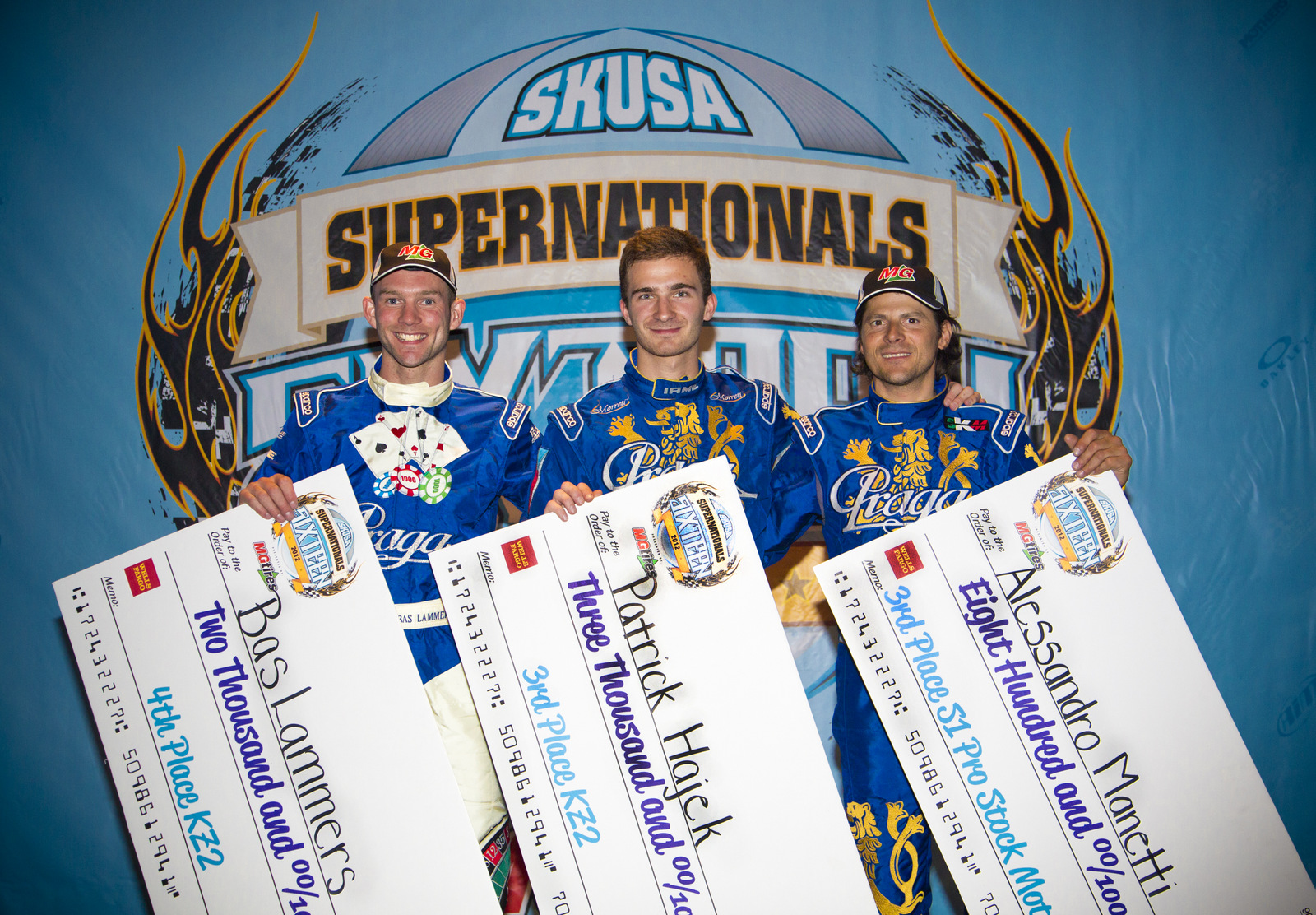 Multiple Podiums for Praga at 2012 Supernationals

18 November 2012, Las Vegas, USA — Praga was in celebration mode at the 16th edition of SKUSA Supernationals, the grand end-of-season event that holds a karting battle on the special circuit set up outside the Rio Hotel & Casino. In addition to the Praga drivers from North America, the Praga Kart Racing team was on the track with 8 drivers in 4 categories. They went home with two podiums of their own, as well as a third from Leading Edge Motorsport driver Trevor McAlister.

In KZ2, Praga is an absolute protagonist with Patrik Hajek and Bas Lammers: the first is ultra-fast and in the heats never goes below 3rd place (2nd and twice 3rd), then races a fantastic final conquering a well-deserved podium with 3rd place. Bas Lammers is also great: 10th in qualifyings, after a difficult heat he climbs up well (twice 7th), closing the final on the rebound in 4th place, a step  from the podium. Instead, Martin Doubek is unlucky: 20th in qualifyings, he sees two heats compromised by a clutch malfunction, unable to fight with the best as usual: in the final the Czech driver climbs up and finishes 15th.

In the S1 category was the Praga team’s technical manager Alessandro Manetti, proving all his experience as former world champion: he qualifies 3rd overall, contends excellent heats (7th, then 3rd and 2nd), and leaves with a well-earned podium in the final (3rd). Present in S4 are also Praga Kart owner Petr Ptacek and Praga team manager Petr Ulbert. The latter qualifies 29th out of 67 drivers (7th in his group) and, after good heats, reconfirms the result in the final (29th). For the event, Petr Ptacek Jr. also steps on track in TaG Cadet, racing steady  in the heats, on the rise from difficult qualifyings, and closing the race with a great 24th place out of 42 drivers. Also in Cadet, Marek Machulda does well, but is unlucky: after troubled qualifyings, he rises in the first heat (20th) and in the 2nd does a masterpiece, closing 3rd, save getting “stuck” in traffic in the third race and in the final, where he pays for a contact.