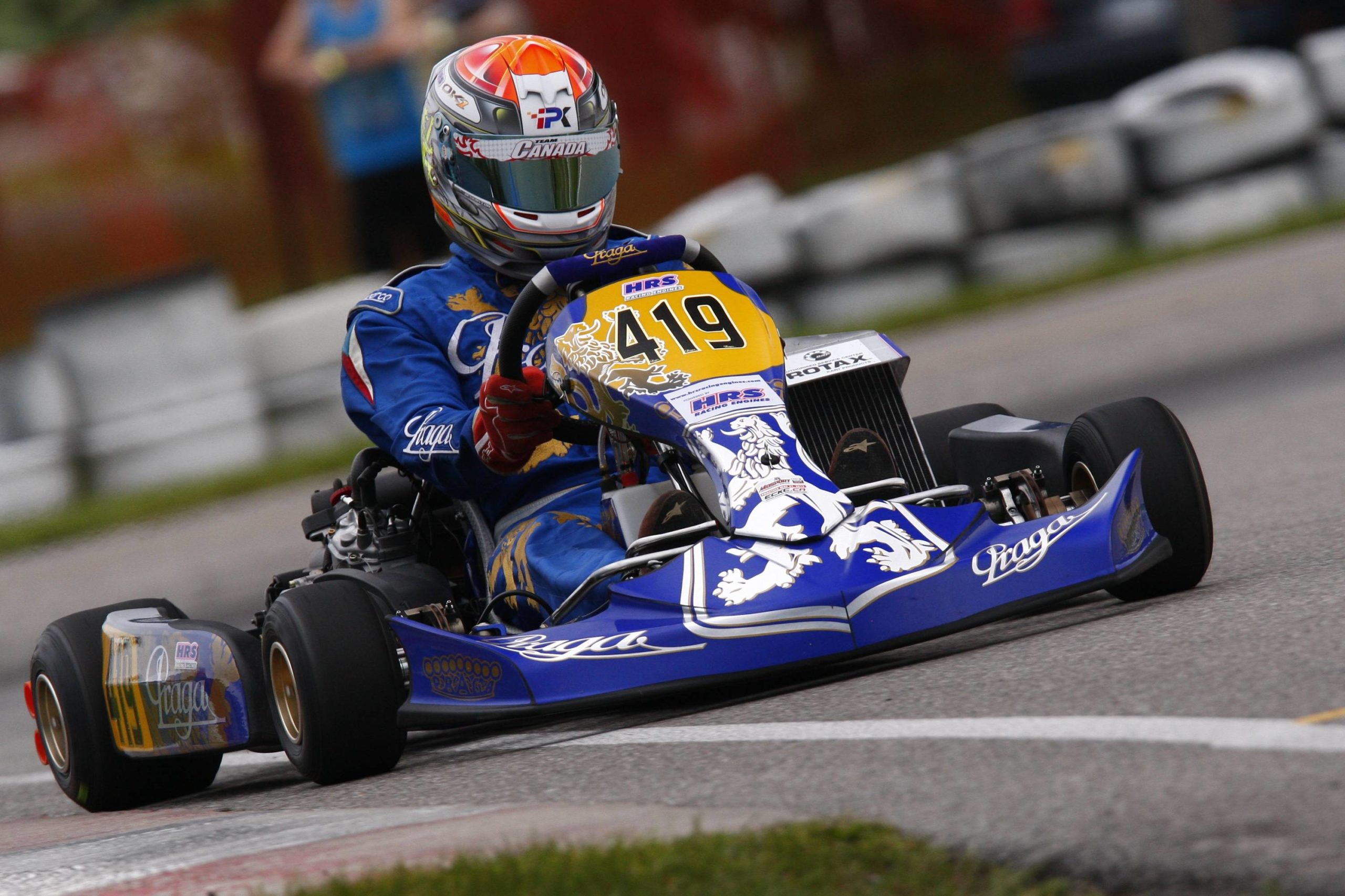 Plenty of Podiums and Wins for IPK North America at Mosport

11 June 2013, Mosport, Ontario, Canada — IPK North America had a very strong showing at the Eastern Canadian Karting Championship a week ago, with a combined squad of seven different drivers from five different classes on the podium steps at Mosport International Karting. Both Christopher Proietto and Xavier Harris were class winners, and IPK teams combined for five podiums in race one and four more a day later in race two.

“It was a great weekend for the team and a solid start to the ECKC season,” said Marco Di Leo, Team Manager of Goodwood Kartways/IPK, “The speed was rapid in all classes, but weather and breaks limited our success. The IPK product was great in both the wet and dry conditions though, and we really look forward to capitalizing in the next two races at Goodwood.”

With his own class leading off the race order, Di Leo himself set the tone for the team when he took Saturday pole position in Rotax DD2 on his Praga kart. The first podium of the Canadian season came later in the day with third place, and Proietto scored the first Praga win of the season in the second class up when his Praga Racing Ontario team gambled right with a tire call in changing conditions. Three more podiums followed on day one: Zachary Claman DeMelo in Rotax Senior, Matthew Barry in Rotax Junior, and lead man of IPK Quebec, Francis Mondou, in the final race of the day, DD2 Masters.

Sunday was highlighted by another unexpected win, as on day two it was Praga driver Xavier Harris who benefited from a tire gamble and scored a wet weather win in Rotax Micro-Max. Teammate Christopher Chanko made it an IPK one-two, and it would have been a sweep of the podium with Joshua Cunha on the blocks but for a questionable passing-under-yellow penalty amid torrential conditions during the race. Di Leo was also back on the podium Sunday finishing second in race number two.

The Eastern Canadian Karting Championship resumes June 28 at the home track of IPK North America – Goodwood Kartways. For more information on how IPK North America and its dealer network can assist you there, please contact: marco@goodwoodkartways.com