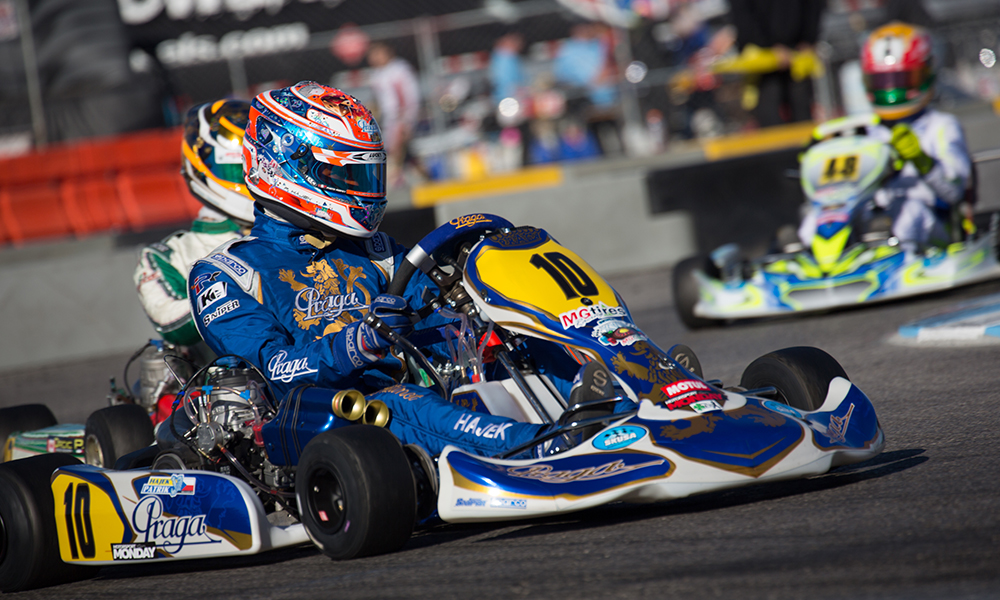 December 30, 2014, Miami, Florida — Praga North America is pleased to announce that Praga factory driver Patrik Hajek is confirmed to compete in the opening round of the Florida Pro Kart Winter Series. The Czech driver will compete in the KZ class on the Praga chassis with an IAME engine package. Besides driving, Hajek will also assist in driver coaching for Praga’s arrive-and-drive clients.

Hajek has been a member of the Official Praga Factory team since 2012, competing in KZ and KZ2 classes.  The 24-year-old has made a career of consistently being on the podium. In 2012, he finished 3rd at SKUSA Supernationals, in 2013 he had numerous podiums in the WSK Master and Euro Series, and took 1st at the 2013 WSK Final Cup. He also earned the highly coveted “Golden Wheel” for karting, a very prestigious honor given out at an annual motorsport awards ceremony in Czech Republic. In 2014, he finished 2nd in the WSK Final Cup.

Race Team Director Blake Wankowski is thrilled at the addition to the team. “We are very happy that Hajek is able to join us for the Florida Pro Kart Winter Series. It’s always exciting when European factory drivers come to the US to race, and Patrik will be right at home in this series, competing in KZ. It’s also a huge added value for our arrive-and-drive clients, who will have complete access to Hajek and his driver coaching throughout the week.” Florida Pro Kart Series Director Glenn Biggs is also really excited about the upcoming events, and having Hajek’s name added to the list of some of the best drivers from around the world who are competing in the series.

The team is hoping Hajek will be able to compete in the entire series as well as some other events throughout the 2015 season, depending on what his European racing schedule allows.