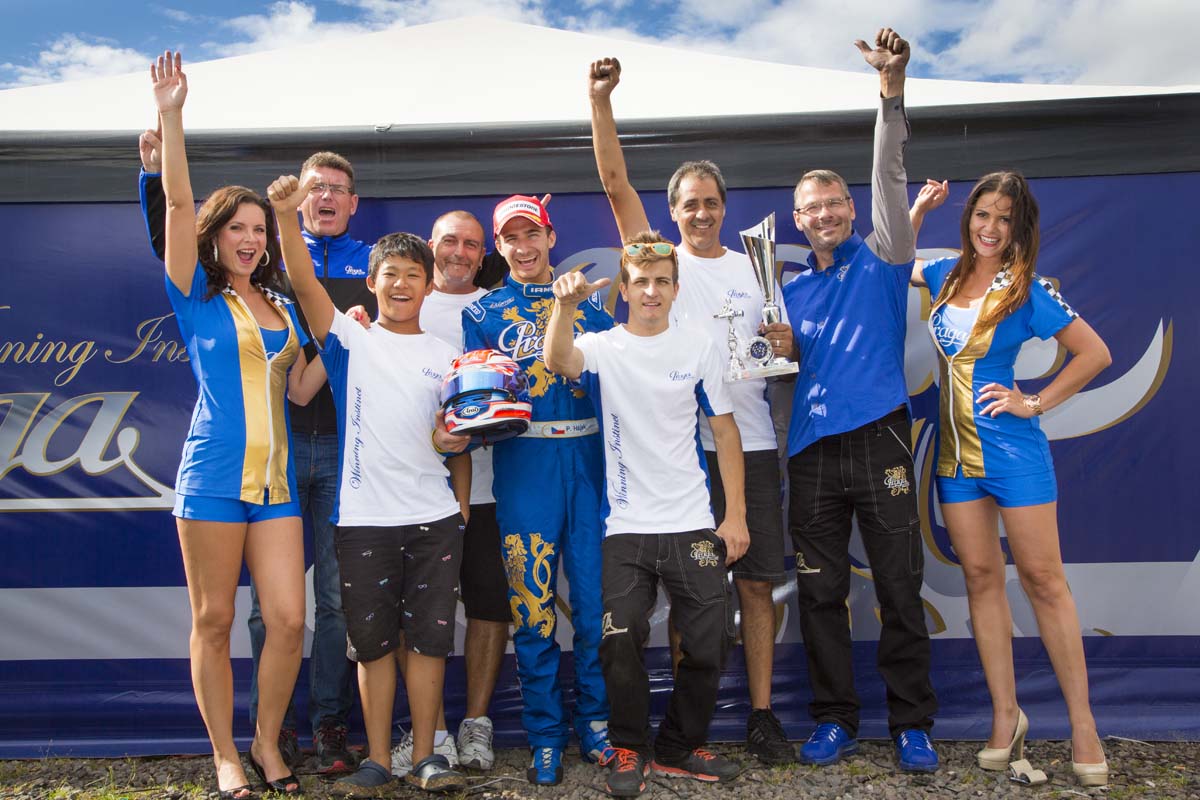 Patrik Hajek on the podium for Praga at DKM

18 August 2013, Hahn, Germany — At the last round of the Deutsche Kart Meisterschaft (German Championship) this weekend, the Praga Kart Racing team sent 2 drivers, Marino Sato and Patrik Hajek, to represent Praga and support their German teammates. The race was a successful one, with Hajek finishing 3rd place in his first race back since an eye injury left him out of competition for the past two months.

KZ driver Hajek performed perfectly the entire weekend – according to his words he had: “Fantastiše wochenende!” He was 4th in qualifying practice, and 3rd and 2nd in the heats, but then after unsuccessful start to a Final 1, ended up on the 15th position for the start of the last race. But he pulled off the final race amazingly. Starting fifteenth, Hajek flew around the track, overtaking his opponents with a breath-taking speed. At the end of the Final 2, Hajek climbed his way to the podium (3rd place), proving it doesn’t take much for this powerhouse to get back in the game after a brief hiatus.

KFJ driver Marino Sato, as always, had very fast lap times, however he unfortunately ended up in the middle of the crash in the first heat.

The Praga girls were also present during the race, handing out Praga Journal and sandwiches courtesy of Austrian company Eat the Ball.

Hajek finished 3rd in KZ at the DKM Championship.