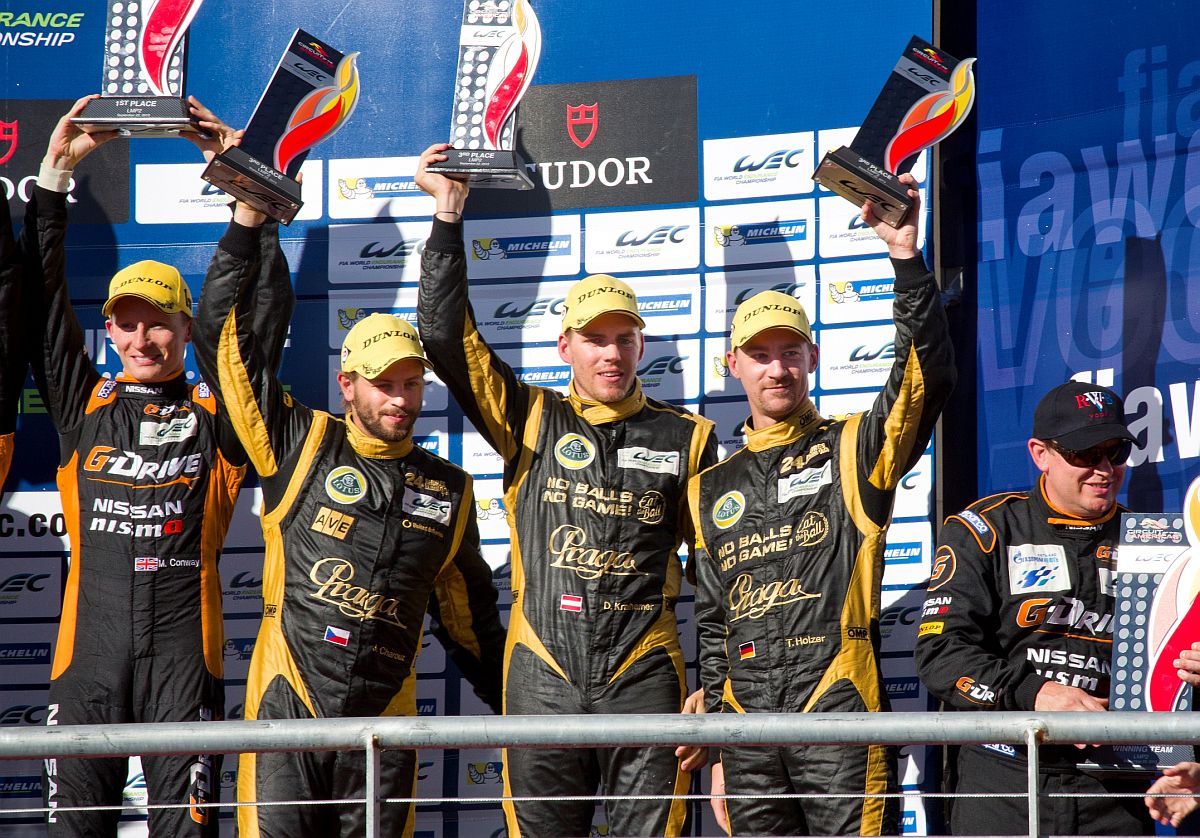 Lotus Praga LMP2 achieved its first podium at the 6 Hours of the Circuit of the Americas. Thomas Holzer, Dominik Kraihamer and Jan Charouz in Lotus Praga T128 LMP2 #32 finished the race in third position in LMP2 class.

It was the first podium of the season for Lotus Praga LMP2 and also the biggest success for the team so far in the FIA World Endurance Championship. The result is the first step of very hard work, the necessary change in the technical direction with steady improvements and a clear view of what has to be achieved in order to be competitive.

At the beginning of the race, the team has overcome a shock when Jan Charouz (#32) was turned around by a competitor and James Rossiter (#31) had contact with another car in Turn 1. The Briton had to stop car #31 due to a broken steering arm as a result of the collision.
The drivers of car #32 focused on their race and did constant lap times. They were running trouble-free and with a good speed until the end of the race. Lotus Praga LMP2 is pleased with the outcome of the 6 Hours of the Circuit of the Americas and wants build on the success in the next races.

James Rossiter, Race Driver #31:
“It was a crazy weekend with torrid heat and heavy rain showers. The Circuit of the Americas is fun to drive and it would have been good to race more than just some meters. Unfortunately, I had contact with another car at the start and as a result the steering arm was broken. It is a shame that we couldn’t race until the end. But I am very happy for the team and the sister car #32 about the podium finish. We will work hard and fight back in Fuji.”

Thomas Holzer, Race Driver #32:
“I am very happy about our podium in Austin. We were all surprised about the result but it is a nice surprise. Everybody in the team deserved it and finally the hard work has paid off. It was great to be on the podium but nevertheless, we have to keep on working hard to have more strong results at the next races. I want to thank the team for their great job and I am looking forward to the next events.”