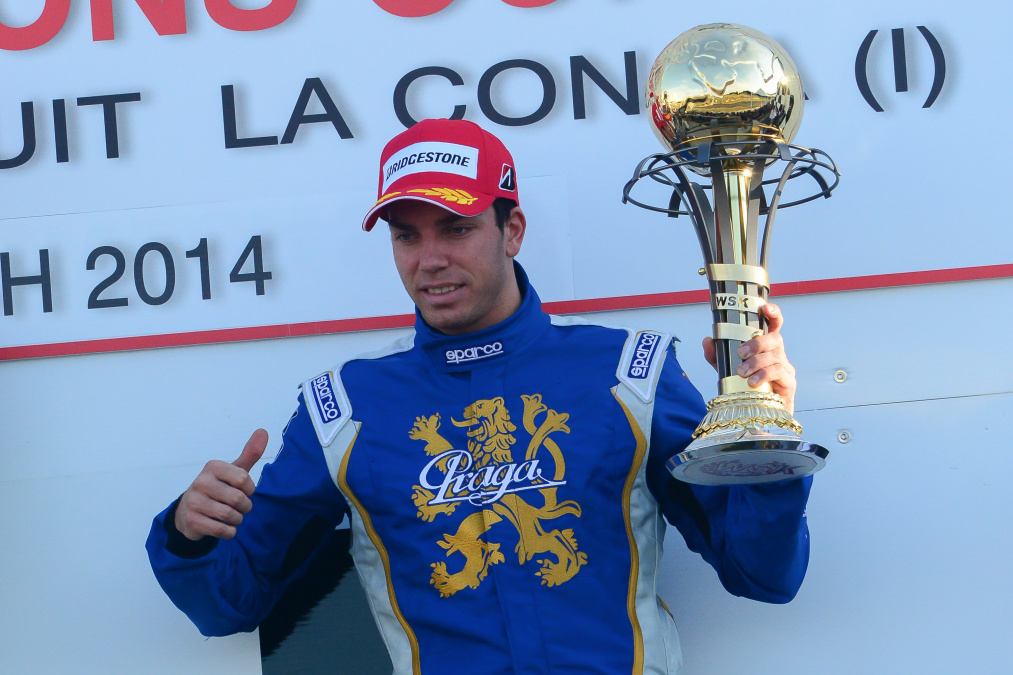 Last weekend started the factory team Praga Kart Racing it’s racing season series with the WSK Champions Cup in LaConca. The whole team stayed in the south of Italy and the beginning of the week devoted to testing and preparing for the next race.

The second event of this year took place last weekend again at the circuit in LaConca. Same as last weekend the team entered all categories. Drivers remained the same. In the strongest class Praga had Jonathan Thonon and Patrik Hájek. Class KF was represented by Joel Johansson and Karol Dabski. The same remained the newcomers to class KFJ Rasmus Lindh and Lukáš Podobský. .

Tests that took place were valuable not only in terms of technology, but also for KFJ pilots, who are at the beginning of their carriers. Both pilots had shown improvements and gained further precious experiences among other drivers that counted 70 in total. Both had equal times, however Rasmus Lindh was a little faster and made his way to the finals, where he was brutally attacked by a rival and had to retire from the race right at the beginning due to damages caused to the chassis.

Further improvements were seen within both pilots of the KF category, especially Karol Dabski who had very promising times on Sunday. During the warm up Dabski scored the 3rd time and finished 5th in the pre finals within his group and thus started from the first rows in the final. Unfortunately the drivers at first positions raced hard and in the first turn several drivers left the track including the Praga Kart Racing pilot. This caused the fall to the end of starting position, however the key factor of the end of luck were problems with technology that didn’t allow good times once again.

The complete top of karting is the KZ category which had perfect competition at the second WSK round. The whole weekend was in this class pretty strong and therefore there were several big collisions fortunately without any serious injuries. Both our drivers belong to the top and they proved it once again by their performance. Jonathan Thonon thanks to the results in the pre finals assured promising starting position for the afternoon finals, where he started very well however collision of his rivals slowed him down and he drop several places. Thanks to his performance he was able to catch up with the fastest drivers and he finished on a great 3rd place.
Patrik Hájek performed also well but a collision and an unfinished pre final meant a shift to the back rows. He managed to fight to the front but a collision with his rival caused the end for him in the finals.

Jonathan Thonon comments the race: “I am very happy with the race weekend. I had only one technical problem in the first heat which caused that I had to start from the back rows in the second heat but I managed to get to the front fast and overtake 17 drivers. I finished in the front also in the 3rd heat where I had opportunity in the middle and went very fast to the front positions. I started from position 8 in the pre finals and made my way up faster and faster. Everything was working great for me and I assured a good starting position for the finals. I had to avoid a collision right at the start of the finals which slowed me down to the 16th position. I had good times and I finished at a position 4 which I believed that would be my final position when I thought of the whole Praga team. That made me to overtake one more rival and finish with a podium and a trophy for Praga and IAME. Key factor was that the chassis along with the engine worked consistently during the weekend. I would like to thank the whole Praga team, all the people at the IPK and IAME, for preparing me such a great technology on which it is a pleasure to win. As a bonus I had the best time of the weekend which I would like to dedicate to my parents who came to support me. I am looking forward to the next race.”

Praga Kart Racing team will spend the next days with preparations for the next race, which will be the beginning of the WSK Super Master Series near Italian Sarno on the 22-23.3.2014