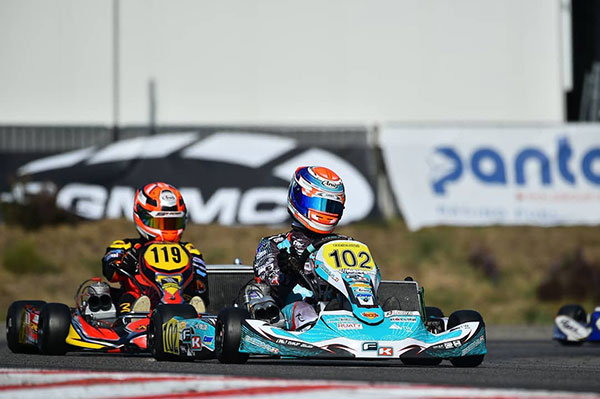 The main CIK-FIA seasonal event dedicated to the gear classes took place in Belgium. IPK did well, especially in KZ2, where the vice European champion of the class, Giacomo Pollini, had a weekend at the top.

From 7 to 9 September 2018, the Horensbergdam Circuit in Genk, Belgium was the main scenario of international karting, hosting the races valid for the KZ FIA Karting World Championship and the KZ2 FIA International Super Cup. Many drivers competed in the latter, in particular, (105 verified) and the racing was very competitive. In light of this, the 7th place achieved by the European vice-champion Giacomo Pollini (Formula K Racing Team), still among the protagonists of the race, gained him more merit. He never dropped below 7th place in any of the races he disputed, except for the last, unlucky, heat.
The driver managed by NGM Motorsport, official partner of IPKarting, started with the 7th best time in the qualifying rounds (out of 105) which demonstrates the good performance of the Formula K chassis. In the following 6 heats he won two first, one third and two fifth places, before running into a last heat that was more complicated than the others, also because of a contact in the 9th lap. 17th place in this heat penalised Pollini in the starting grid of the final, where he started in the seventh box. Seventh place was also to be the final result, after a vigorous race in which Giacomo did well to recover the two positions he lost during the first lap.
This result allowed Pollini to gain access to the prestigious Gold Coast Race of Kart.

In the same race, the IPK materials were also represented by the Praga chassis brought to the track by Pierre Loubere (Praga Racing Team) and Loïc Vindice (KartBox.ch). Loubere, in particular, after some rather complicated qualifications, did well in the heats, getting into the top ten 4 times (out of 6 heats). He finished 27th in the end, penalised by the great confusion created in the second part of the grid during the first lap of the final.

In KZ, Francesco Celenta (Praga Racing Team) and Jeremy Iglesias (Formula K Racing Team) were the IPK drivers at the FIA Karting World Championship. Unfortunately, both of them did not have their best weekend of the season. Celenta still did well in some of the heats, always finishing in 9th place, and finished the championship in 16th place. Iglesias was less consistent, but speeded up in the final, where he recovered 5 places to finish 19th.