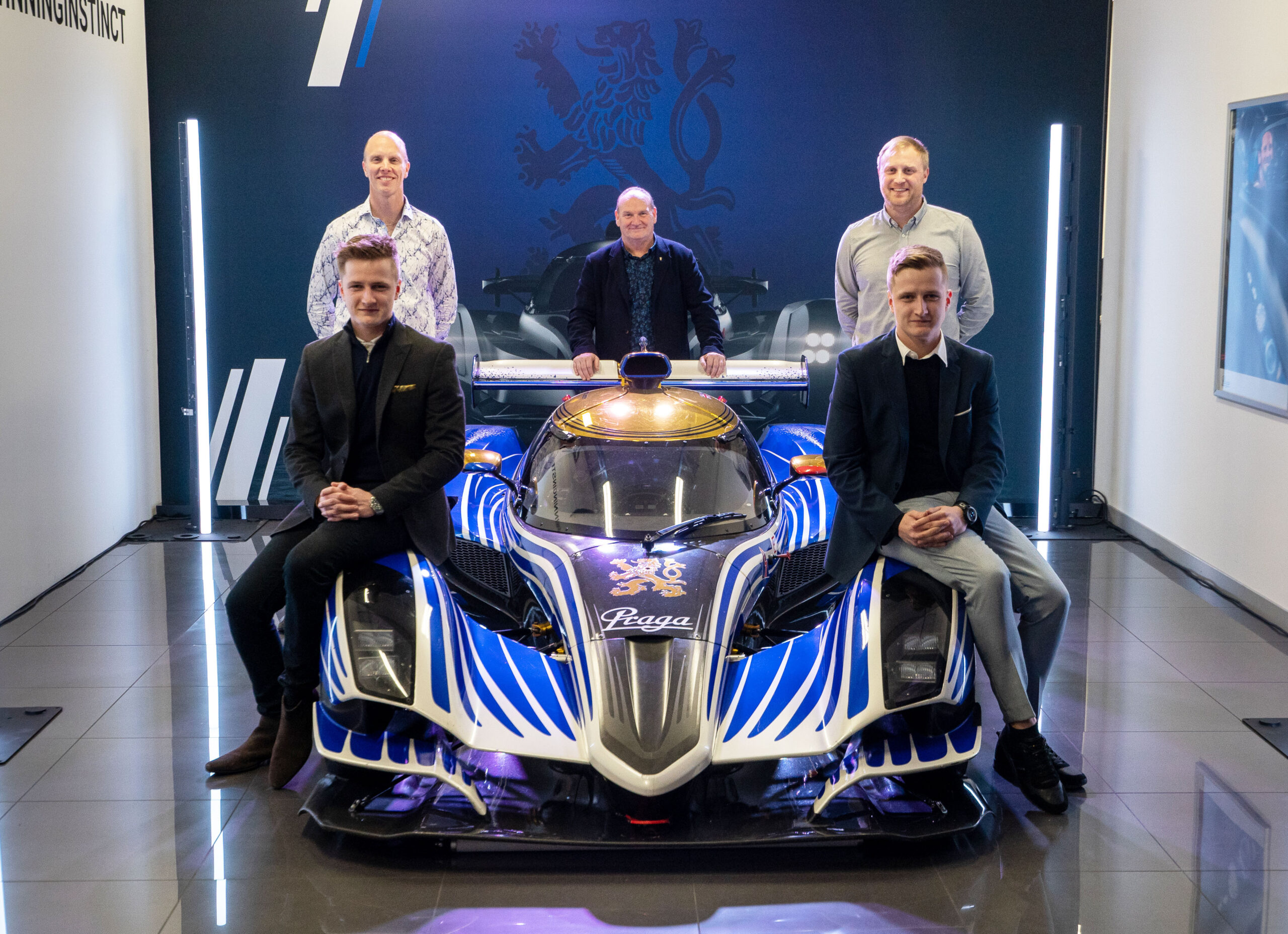 16th December 2021, Prague/Manchester – Praga Cars and Britcar have confirmed further details of the inaugural Praga Cup 2022, which is set to begin in just three months’ time on March 12th and 13th at Silverstone Grand Prix Circuit with a committed minimum of 16 cars on the grid.

The latest information to be released includes the first look at the race regulations, the first teams confirmed and the reveal of the location of the European Round. Praga also confirms the return of the Guest Driver programme and an exclusive agreement with Romain Grosjean’s R8G Esports team, that will provide sim-racing coaching to drivers racing in the Praga Cup 2022, with more details to be confirmed in 2022.

The Races: The Praga Cup 2022 will be run on a new format, with one hour endurance races on Saturdays and Sundays (Saturday-only at Oulton Park). Qualifying sessions per race last 30 minutes. One non-Championship round has been agreed to take place at Spa-Francorchamps on 15th, 16th, 17th July 2022, Covid regulations permitting.

The Rules: The Praga Cup will be run under Britcar regulations with a series of bespoke regulations specific to the Praga Cup. The Praga Cup regulations welcome Amateur and Professional driver pairings, who will be ranked individually. Points will be awarded to drivers throughout the field, and success penalties issued to ensure fair competition, with mandatory, timed pitstops.

The Prizes: Team prizes – the owner of the winning R1 receives a used factory R1 from 2021 or 2022. The plan is for Praga’s hero car, ‘Frank’, to be awarded, the car which features a unique livery designed by the world’s most famous car designer, Frank Stephenson. Drivers’ prizes – Grand Prize; paid arrive and drive entry into a 24 hour race. Second prize; entry fee to race in the Praga Cup 2023. Third prize; two Praga karts.

The Teams: Praga can now confirm the first three teams signed-up to the Praga Cup 2022, providing a strong grid of competitive multi-class racing. The first teams to be announced are The University of Wolverhampton, Tim Gray Motorsport and Idola Motorsport, with more teams due to announce their participation in the coming weeks.

Praga and VR Motorsport have a growing list of drivers with budget that will be directed towards current R1 owning race teams.

The Cars: All pre-2021 R1s require aero upgrades to match the Gen 5 R1 launched in 2021. Praga has begun selling four of its 2021 factory cars and a number of R1s are in production, timed to arrive for the start of the season.

The Marketing: Praga Cars will remain involved in marketing the series through its Guest Driver programme which secured over 10 million social media impressions in 2021. Praga will introduce two or three new factory cars featuring high-profile drivers to be announced in due course. An increased film-crew presence will produce a YouTube mini-documentary following all teams (and their principal sponsors) through the season. There are advanced discussions with BARC to support its streaming services aiming to significantly increase streams to an audience of over 80,000 viewers per race. Ahead of the Praga Cup, a number of Praga R1s are expected to make an appearance at Autosport International at the NEC, Birmingham, January 13th – 16th 2022.