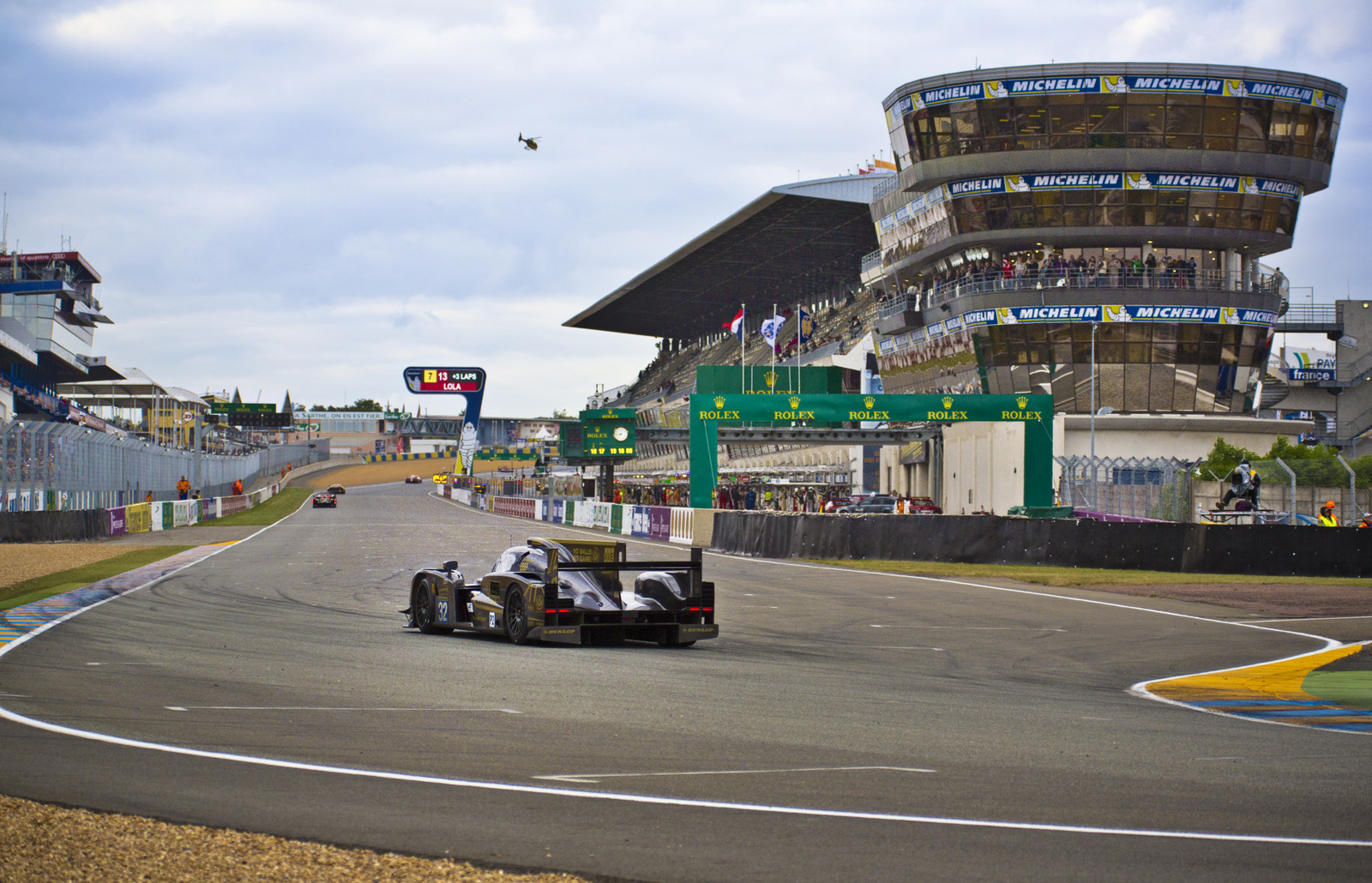 23 June, 2013, Le Mans, France — Lotus Praga LMP2 was at the start of the 90th anniversary of the 24 Hours of Le Mans. Christophe Bouchut was the start driver for car #31 and made up some position in the first laps. Thomas Holzer was at the wheel of #32 for the start and was on a good pace.

After about two hours into the race, Kevin Weeda in car #31 spun and had to stop the car in the track. During the night, Dominik Kraihamer (#32) did very good laps and set good and constant lap times after an Audi made contact with him.

A failure on the bellhousing consequently caused damages on the fitted auxiliaries and forced the team to retire.

Lotus Praga LMP2 showed a good performance in only its second start at the 24 Hours of Le Mans and with the new Lotus Praga T128 LMP2. The team showed a great effort and was working hard during the whole week.

“It’s a shame that we had to retire. I would have preferred to finish my 20th race at Le Mans, but that’s racing. We had a good pace during the week and the car has got a lot of potential. I would like to thank the team for their great job.”

“We had to retire this morning. Nevertheless, we had a good car and we were on a good pace. It’s a shame we didn’t cross the finish line. But we will keep on working hard and fight back at the next races.”

The Praga Lotus team will have their next race on 1 September 2013, at the WEC 6 hours of Sao Paolo.