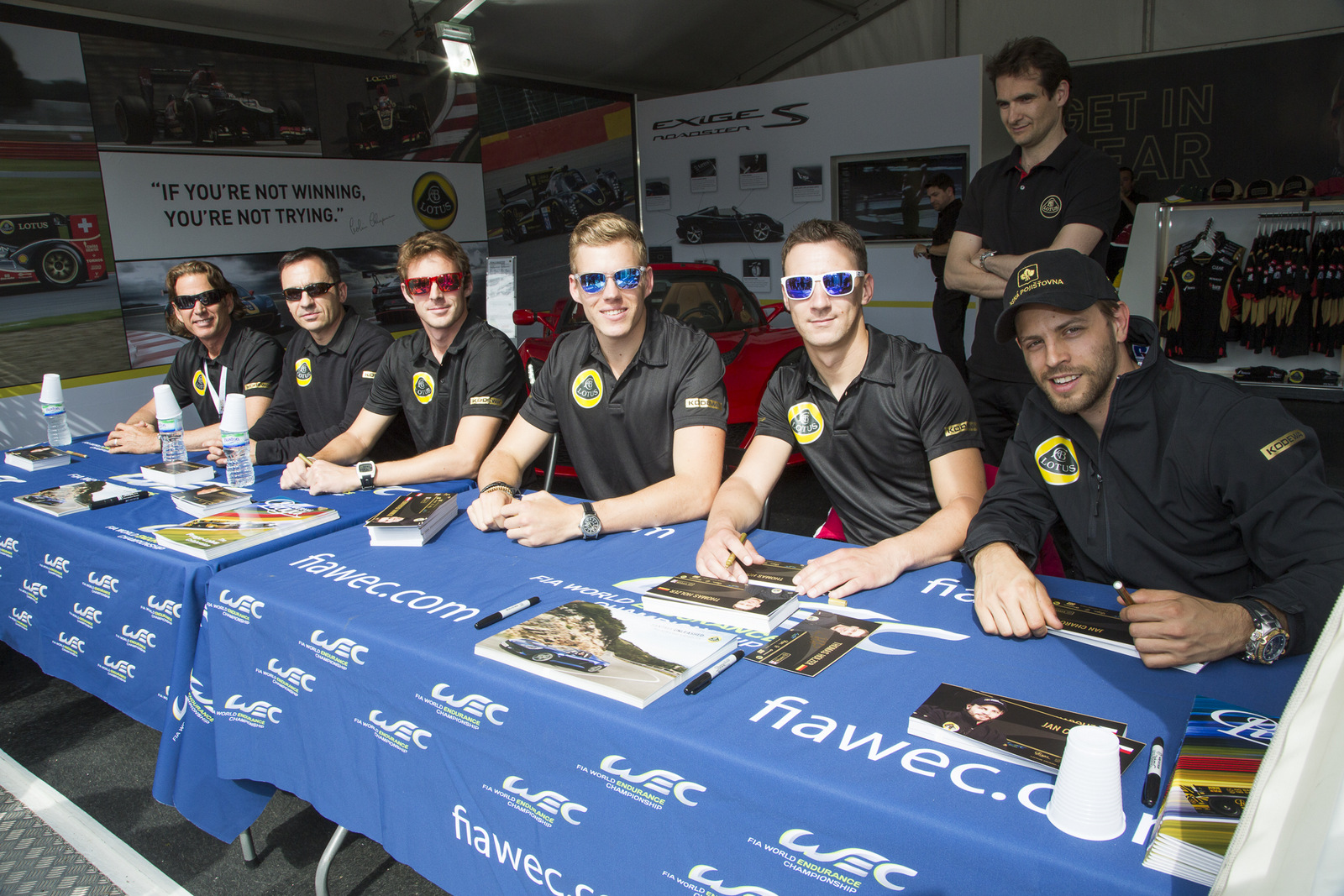 20 June 2013, Le Mans, France — In the two days before the final event, the action was already underway on the Sarthe circuit. On Thursday afternoon, the drivers met with fans and signed cards at an autograph session held inside the Lotus stand at the village.

In the evening, the Praga Lotus team had their second day of qualifying practice sessions. The second session (19:00) was cut short again by about half an hour due to a red flag, but Lotus-Praga #32 (Charouz, Krahaimer, Holzer) managed a very good 9th place in their class. The third session started half an hour earlier (21:30) to make up for the lost time in the previous session. In this final qualifying session, Lotus-Praga #32 placed 12th, while Lotus-Praga #31 (Bouchut, Rossiter, Weeda) placed 14th. In the final classifications for all combined qualifying, Lotus-Praga #32 and #31 are 15th and 16th, respectively, in the LMP2 class.

On Friday, the Lotus-Praga team took part in the highly anticipated driver’s parade in the evening (17:00), where the driver’s sat in old Lotus cars driven through the parade.

Conditions were wet on the track throughout Thursday’s qualifying sessions.

Drivers from the Lotus-Praga #32 car (from left, Krahaimer, Holzer, Charouz) drive through the parade in a vintage Lotus.