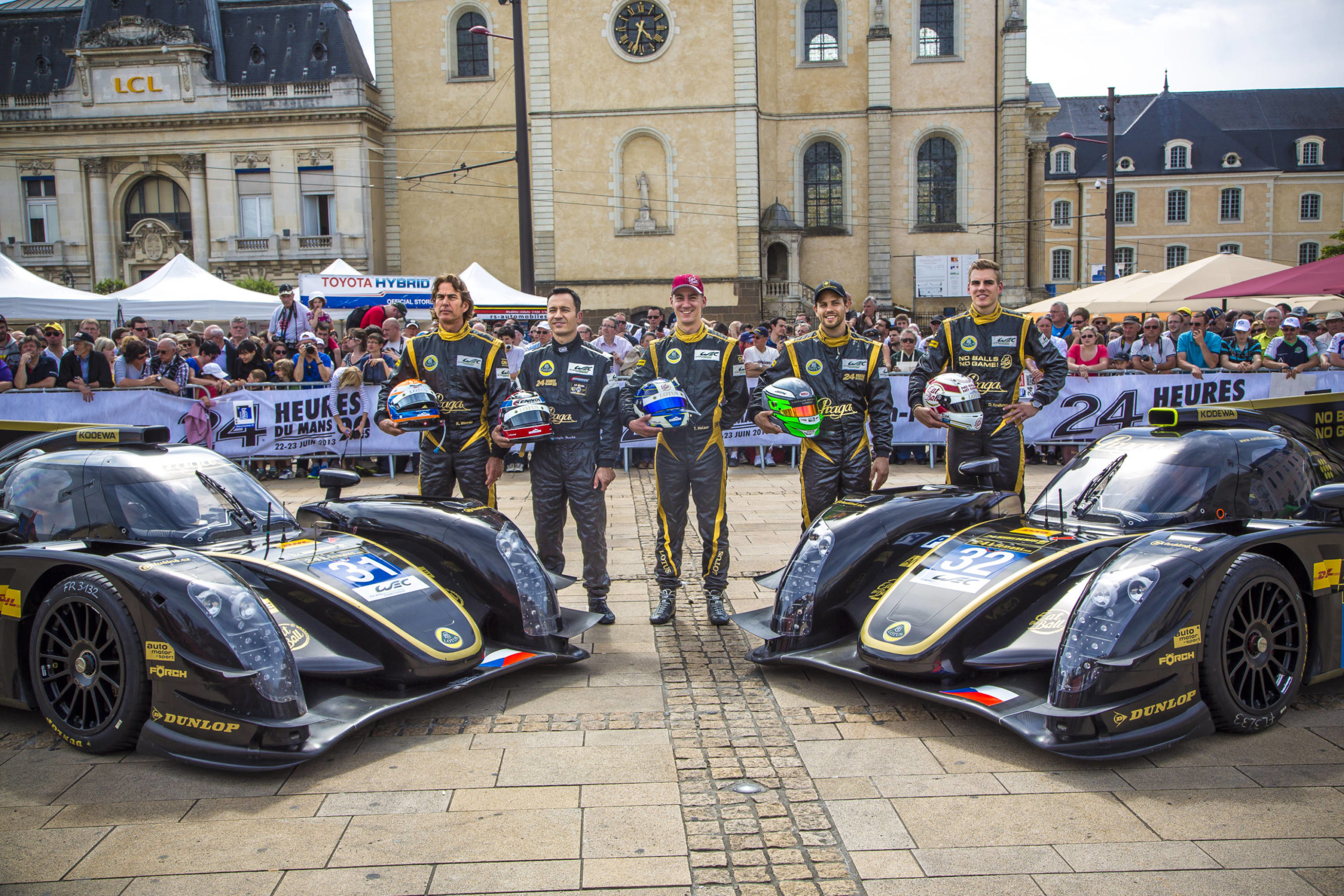 18 June 2013, Le Mans, France — As the week gets underway in Le Mans, the Praga Lotus team is gearing up for what’s sure to be an exciting weekend. On Sunday, the teams proceeded through scrutineering checks, which took place at Place de la Republique in the centre of Le Mans. Thousands of fans gathered to see the drivers and crew walk through the procession, where they posed with the Lotus Praga LMP2 car and were interviewed on stage.

Tuesday’s activities included the official driver signing event that took place inside the pit lane of the Sarthe circuit. The Praga Lotus teams, #31 (Christophe Bouchut, James Rossiter, and Kevin Weeda) and #32 (Jan Charouz, Thomas Holzer, and Dominik Kraihamer) signed cards and posters, greeted fans, and took photos in front of the Lotus garages. In addition, the drivers and their crew have been hard at work preparing for the first session of qualifying practice on Wednesday. The drivers will be available for more signings on Wednesday and Thursday at the official Lotus stand in the Village.

You can find more information about the race, including the schedule, on the Official Le Mans website. And stay tuned for more action from Praga at the legendary race!

The drivers being interviewed on Sunday.