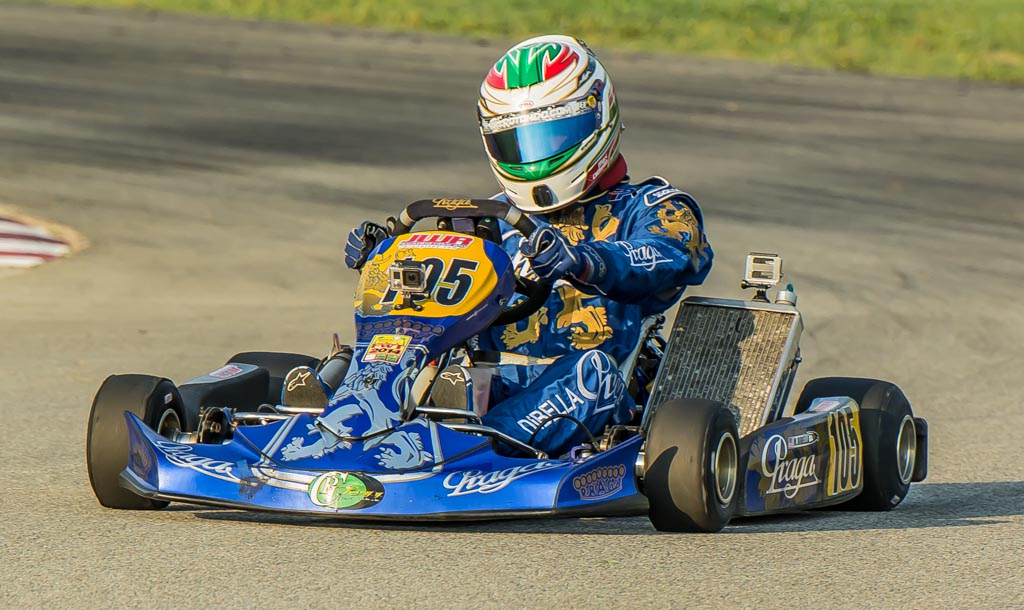 September 1, 2014, Wampum, PA — Praga North America has a lot to be happy about, after the stellar performances from its dealers at last weekend’s Gearup F Series race, held at the Pittsburgh International Race Complex. On hand with their teams were Kartwerks USA and CPI Karting, both of whom managed to see their way to the top of the podium. CPI Karting driver Max Di Bella was a force in the KZ category, leading the pack from qualifying to the final, while Kartwerks saw their numerous cadet drivers take charge in the Formula S and Mini-Rok categories.

On board their Praga Piccolos, Kartwerks USA drivers Madison Campeau, Robert Noaker, and Luca Mars swept all 6 race wins, with many races featuring some fierce competition between teammates on track. Robert Noaker captured all three Formula S races and the overall class win. Madison Campeau won two of the Mini-Rok races and the overall class win while Luca Mars won the final Mini-Rok race in an epic three-way battle. Other Kartwerks drivers Michael Burton and John Flucker scored top three finishes in each F125 race: two second place finishes for Burton and a third place for Flucker in the biggest class of the event.

In KZ, Di Bella was one of 21 entries in the highly competitive category, and yet he managed to dominate throughout the entire event. After qualifying on pole, he utilized the pre-final to maintain a gap while saving tires for the final. The 18-lap final was more of the same, and he managed to build a decent gap at the beginning and never looked back, easily maintaining a 6 second lead all the way until the end.  Said Di Bella of the race: “My Praga Tacho was perfect all weekend. We never even had to touch it! Best handling chassis I’ve ever driven. I’d like to thank CPI Karting, Praga North America, Modena Engines, JWR, and my mechanics Tyler and Phil for making it all possible. I also need to thank Praga Factory Driver Jonathan Thonon for his fantastic driver coaching!”