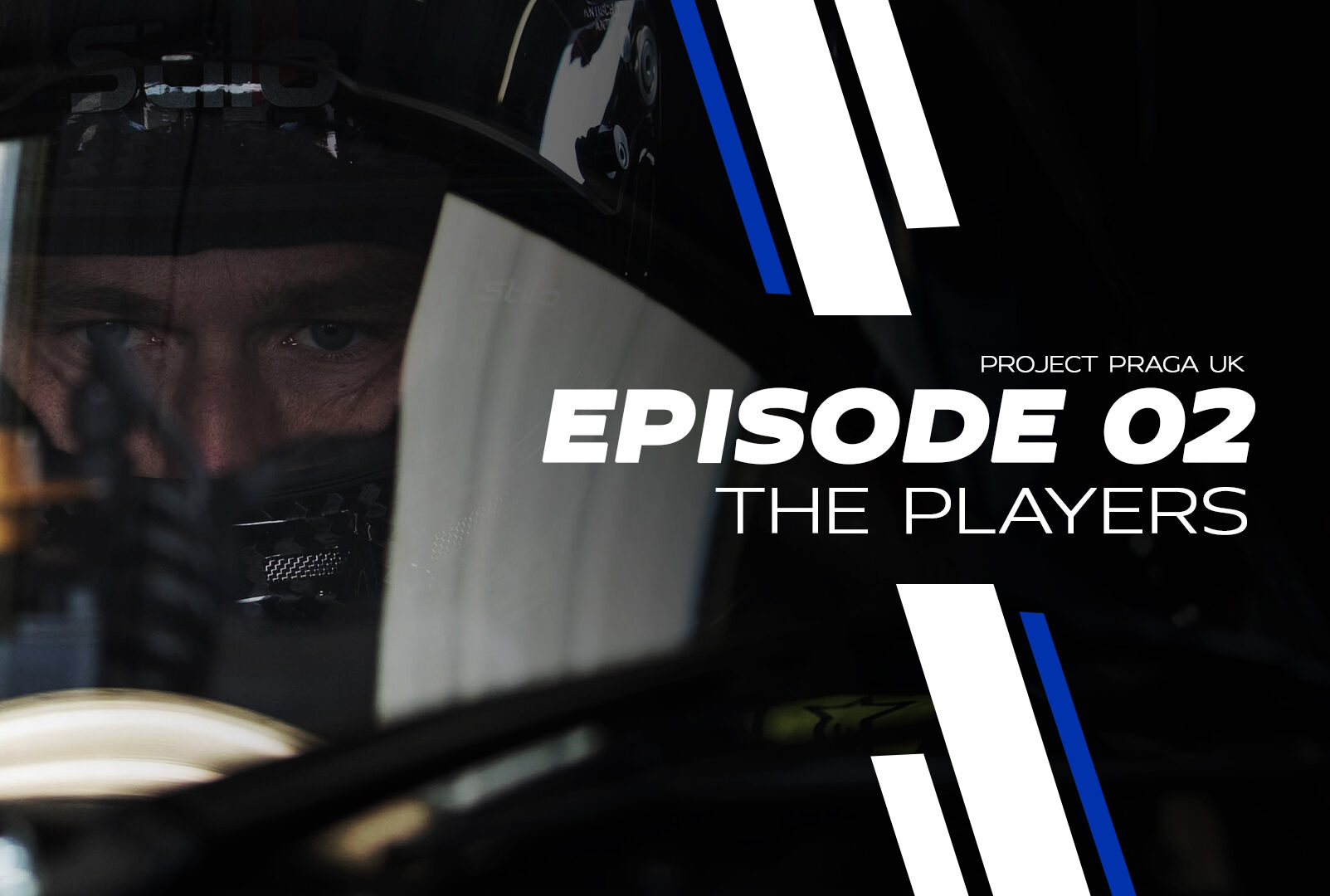 After a strong response to Episode 1 of Praga’s new 12-part microdocumentary, which delves in to the lives of the personalities who make up the 2021 Guest Driver Programme line-up, Praga are pleased to announce the release of Episode 2 – The Players; a double-header episode where we get to meet our drivers in greater detail, and begin to understand their strengths and ambitions for the season ahead.

At the time of publishing, the teams are gathered at the Silverstone International Circuit on the first Official Britcar test of the year. After a confident start to the season following the 3-day test at Anglesey earlier in April, Round 1 will see the helmets go on but the gloves come off as we watch the individual Praga teams amongst their opponents for the first time.

This new episode gives you the opportunity to listen to the driver’s thoughts about the season, each now having driven the new Praga R1 for the first time. The drivers talk about their pairings with one another, and can be seen analysing one another’s strengths which will no doubt be required if they are to be in with a chance of earning the crown of Britcar Endurance Champion 2021.

2020 Britcar Endurance Championship runner-up and Praga Factory driver, Jack Fabby, said “…it’s going to be a massive learning curve for them… For the guest drivers this is a new experience for them, a new car for them, they haven’t driven anything like this before. If I was in their position, I’d be more than worried, I’d be s#@ting myself”