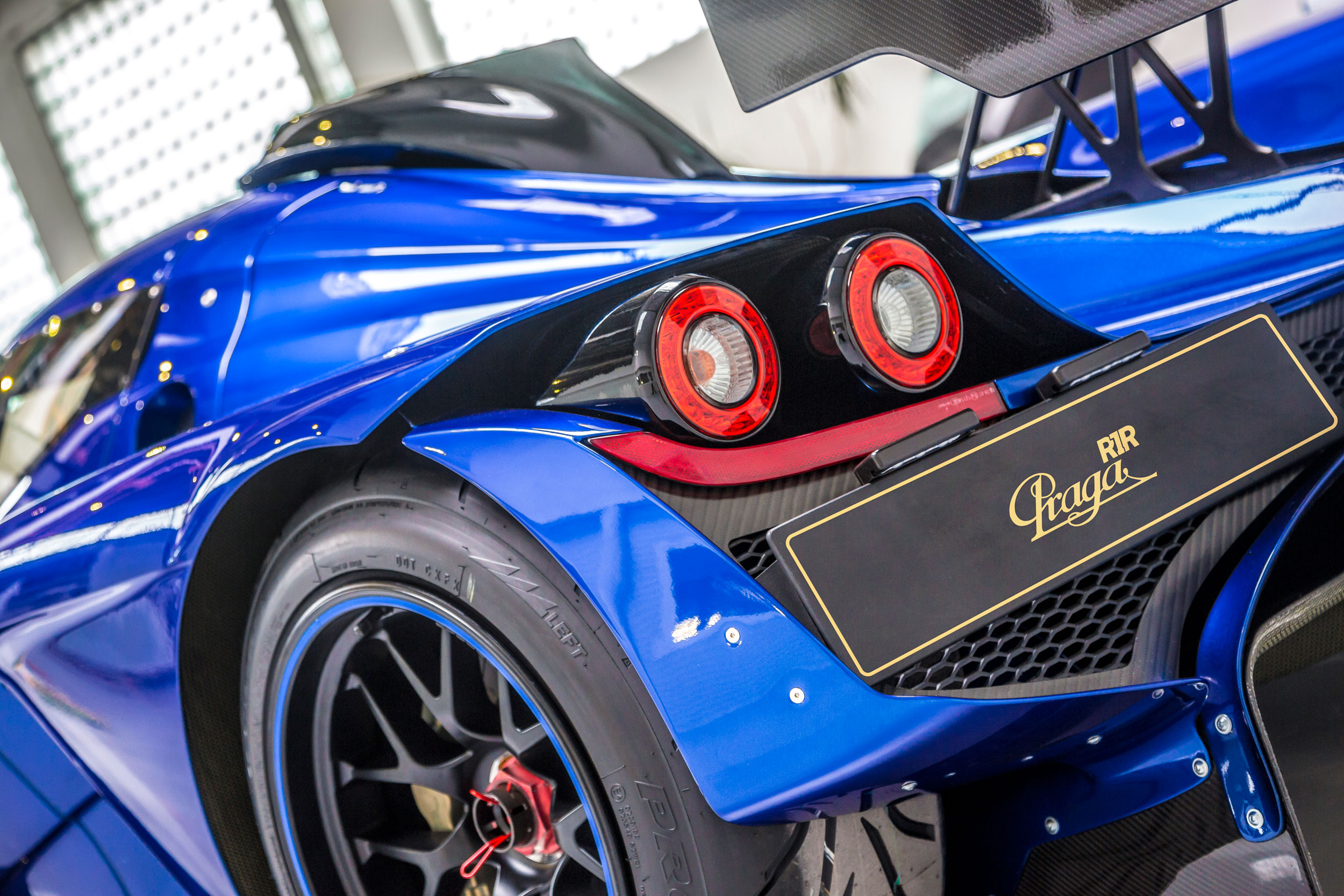 Praga have released the first photographs of the new R1R vehicle

After a short hiatus, the Praga brand is capturing the public’s attention once again with exciting news: the first official photographs of the new vehicle Praga R1R have been released. These pictures are able to give some idea of the appearance of the R1R.

The aim of the engineers was to combine a functional dynamic, attractive design and to meet all the requirements that make this vehicle suitable for roads and highways. Praga’s engineers based the construction of the R1R on the R1 racing special design and its performance – that is why both vehicles use carbon monocoque which meets the highest safety standards of circuit racing vehicles. The engine of the R1R is, however, placed in the supporting frame in order to improve on-road performance.

As we informed you earlier, the new R1R successfully underwent the homologation on the 17th of March 2015 and represents Praga’s first car since 1947.
The Praga R1R is going to offer a power to weight ratio exceeding 550hp/1000kg – that is a higher ratio than that of a Ferrari Enzo and comparable with the Bugatti Veyron.

Jiří Lojan, representative of PRAGA-Export s.r.o. stated: “We wanted the Praga R1R to give an instant impression of uniqueness, vigour, timelessness and perfect harmony of function and emotions. We wanted it to be a breath-taking creation. Its up to you to consider whether our efforts were in vain or not …”

The vehicle is about to enter the final phase of its testing procedure on the roads which focuses on reliability and overall performance. Hopefully, you will meet the R1R roaring on the roads very soon.