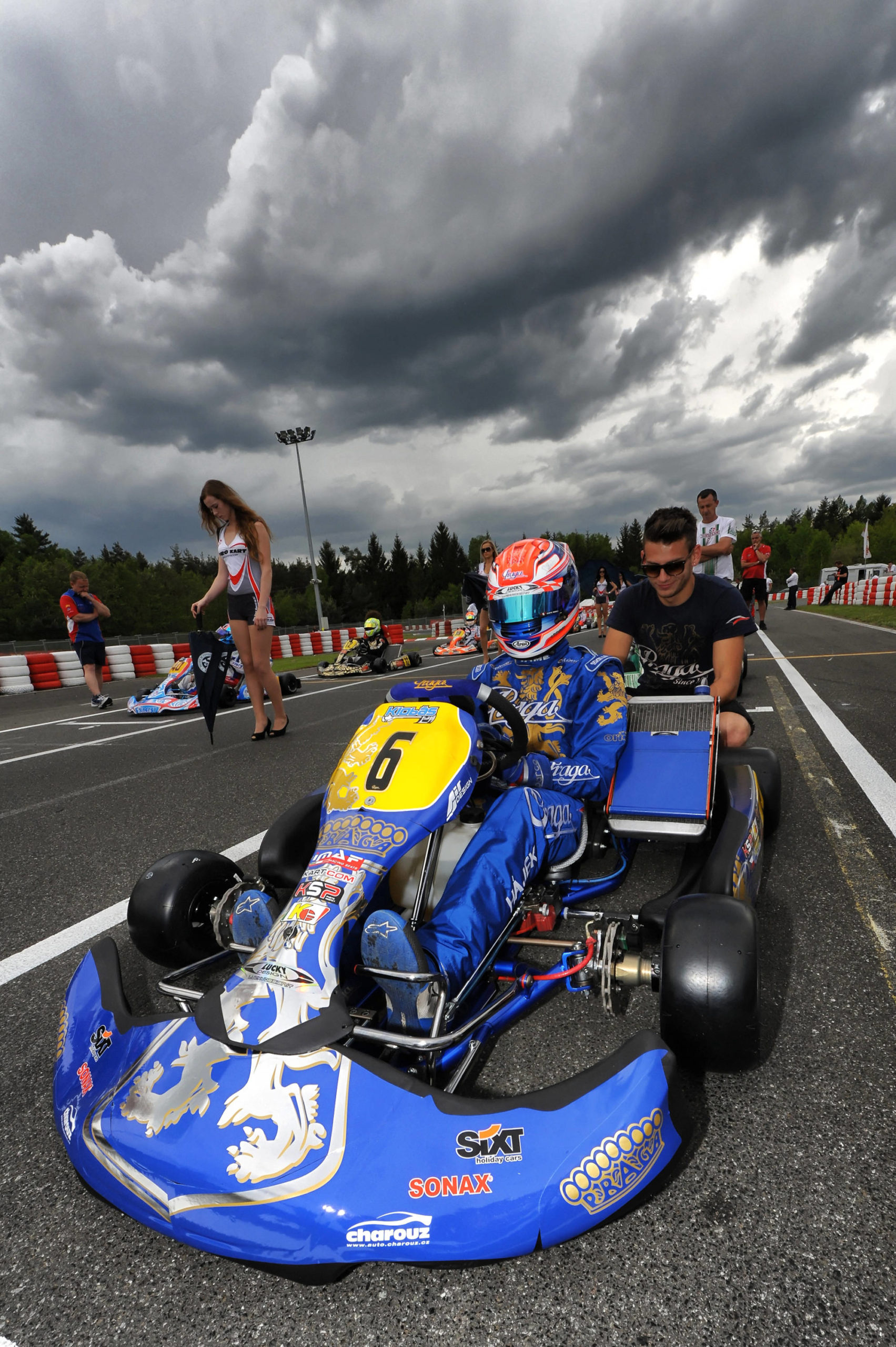 PRAGA In Top 10 at CIK-FIA European

THE FIRST OF TWO ROUNDS OF THE CIK-FIA EUROPEAN CHAMPIONSHIP FOR SHIFTER KARTS RACED ON THE  WACKERSDORF CIRCUIT IN GERMANY.

21 May 2013, Wackersdorf, Germany — The first round of the 2013 CIK-FIA European Championship for the shifter karts of the KZ and the KZ2 took place on the  ProKart Raceland circuit in Wackersdorf, Germany. Praga Kart Racing is on track  with three drivers.

In the queen category, the KZ, Patrik Hajek battles with the best all weekend: 11th in the qualifyings, in the heats he is first 12th, then “pays” for a penalty for a jumpstart in the second (17th). The Czech driver keeps his hopes up and in the pre-final he goes wild: he starts 14th and, one fast lap after another,  does a great climb all the way to 8th place. In the Final he defends well and closes 9th. One round from the end of the championship, Hajek and Praga Kart Racing are on the title quest.

Praga is on track also in the very crowded KZ2 (a total of 103 drivers at the start) with multiple title holder Alessandro Manetti, Technical Consultant for the team. The former champion is up top all weekend, then unlucky: 2nd after official practice, 13th after excellent heats only due to an early start in the second (twice 2nd and once 5th over six races ) and, unleashed, 5th at the finish-line of his pre-final. Then in the Final he is struck by bad luck: out on lap two for a contact while passing. Too bad, because his results had the taste of victory.