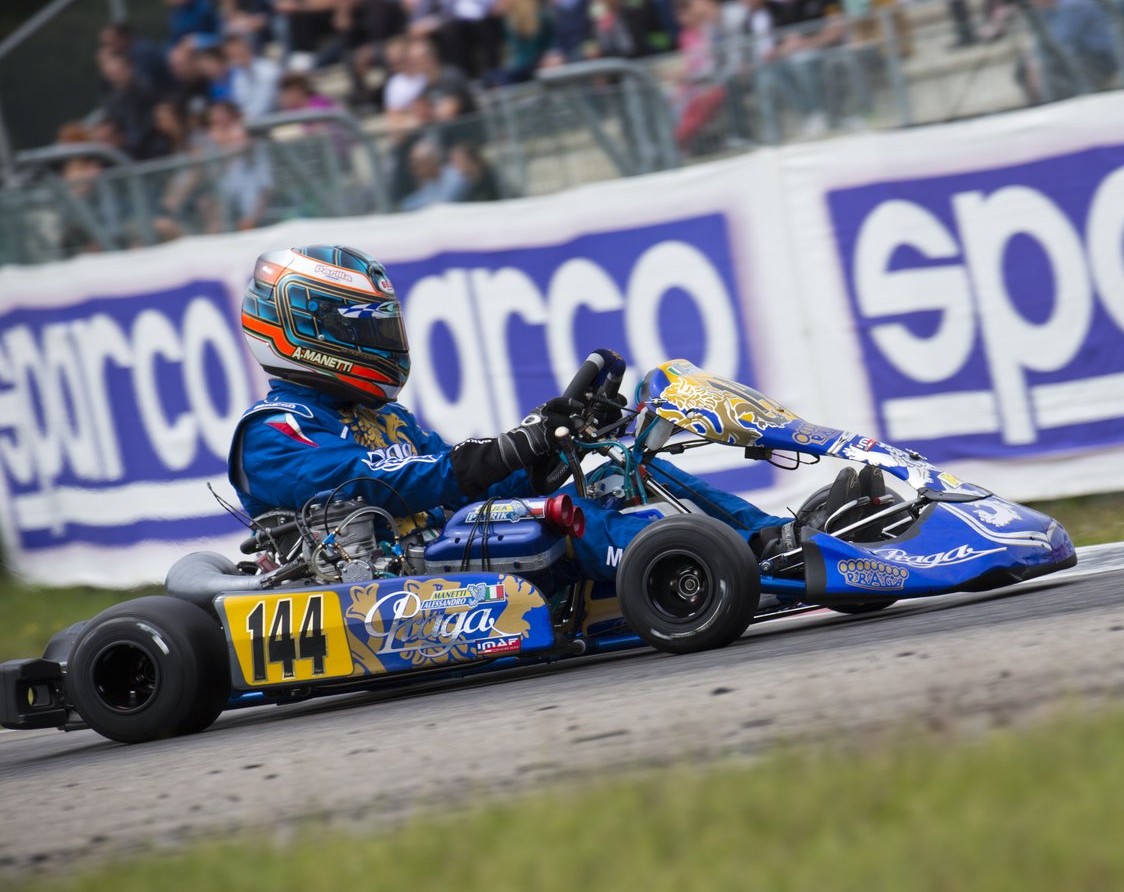 PRAGA IN TOP 10 OF CIK-FIA EUROPEAN WITH MANETTI

1 July 2013, Genk, Belgium — At the Karting Genk Circuit this weekend, the second and final round of the CIK-FIA KZ European Championship took place, with the Praga Kart Racing team present with 2 KZ2 drivers, Alessandro Manetti and Radim Maxa. Manetti had some ups and downs throughout the course of the week, but Sunday ended on a high note as he captured a top 10 position (8th) in the final of KZ2.

Manetti started the weekend strong, taking P5 in his first heat. Changing weather conditions made it difficult with the setup, and at the end of the heats he was P21 in his group going into the pre-final. But Sunday is when things picked up for him: from P21 he tore through the track and was able to recover 11 positions to finish P9 in the pre-final. Again, going into the final P19, he proved the performance of the Praga Kart chassis, capturing 11 positions to finish within the top 10 (8th).

Maxa showed fast times in the qualifying at heats.

Czech driver Maxa performed well, taking some good positions in the heats (P8, P7, P8), but fell into some trouble in the pre-final, finishing just shy of the cut-off for the final. The young driver is still learning, but his times show he has the speed to keep up with the best.

Says Manetti, “The Praga chassis is amazing. The performance is outstanding, and the handling in turns is second to none. For me, while I have experience, I haven’t raced competitively in over four years, so I’m still getting back into the game. And the Praga chassis was definitely a key factor in allowing me to drive through the field and capture a top 10 position in the final.”

The Praga Kart Racing team will be seen next weekend at the final round of the WSK Master Series in Castelletto, Italy.