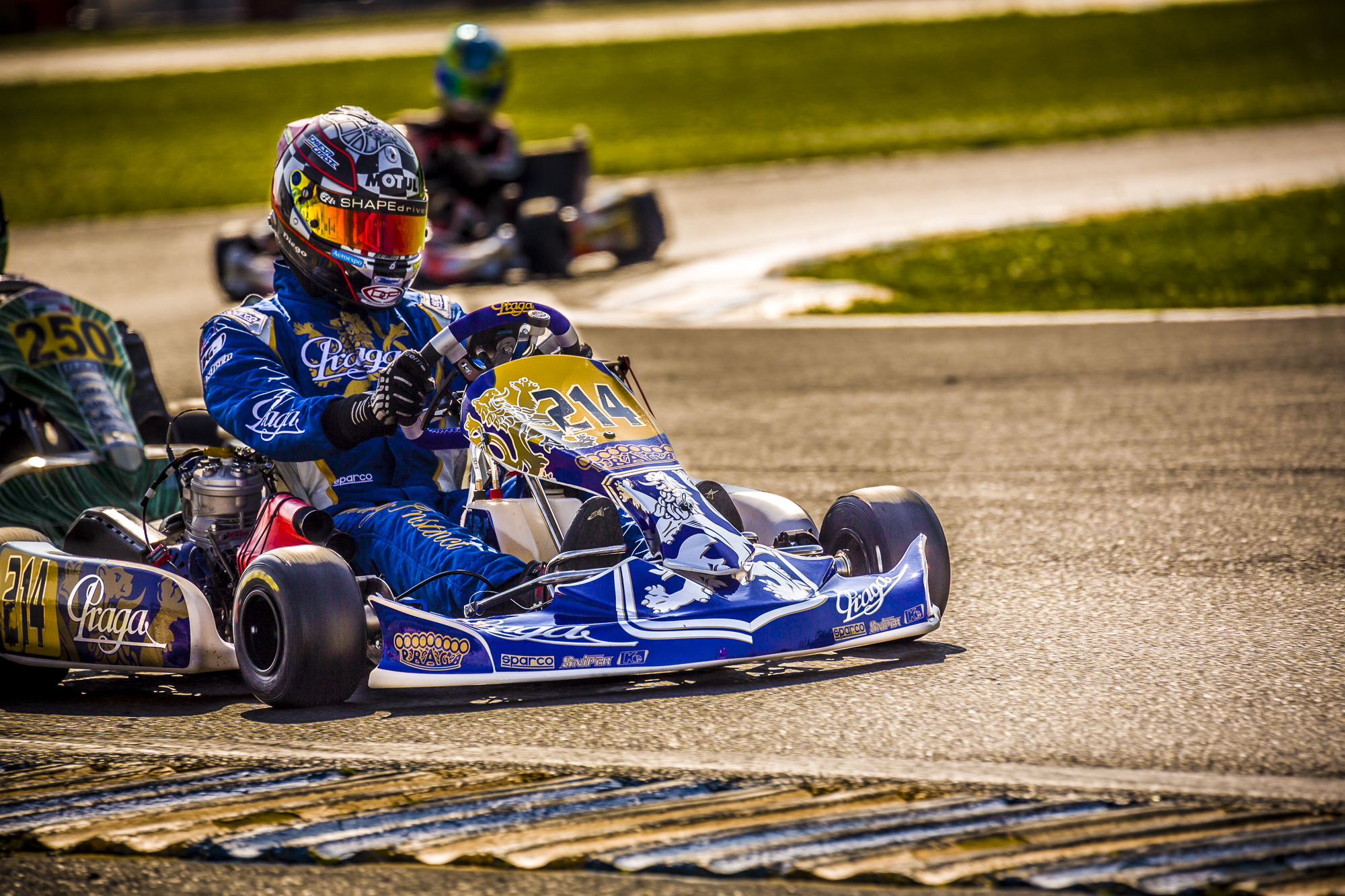 A demanding program of a factory team Praga Kart Racing continued after a successful appearance of Jonathan Thonon at the Rotax Euro Challenge, with the WSK Super Master Series that took place near Castelletto. The WSK had its premier here this weekend. This was a reason for the Praga Kart Racing Team to spend two days here dedicated to testing at the beginning of the month.

The whole racing weekend was held under a sunny, warm and constant weather. The factory team nominated traditionally the following drivers: KZ- Thonon, Hájek and Pescador, KF- Dabski, Bertonelli and Sato. Due to school responsibilities, Lukáš Podobský didn’t enter the race and the KFJ category was represented only by Rasmus Lindh.

During the qualifications Rasmus Lindh held his position in the middle of the field, which was expected by the team due to his transfer from the Mini category to KFJ and yet lack of experiences. In the prefinals he was at the edge of those drivers that are either progressing up or not, but after a collision he didn’t finished and that meant the end for him in the race.

Different story was in category KF, where the team expected development of the drivers. Dabski did real good in the qualifications, Bertonelli had a set back with his engine due to which he dropped down. In the prefinals he however finished 6th and Dabski was turned backwards on the track causing him to dropped to the end of the starting field. He managed to fight back to the 13th place. In the finals Karol Dabski finished on a 10th position.

In the strongest category KZ Jonathan Thonon scored again in the qualifications. He got the fastest times in all the heats and finished 2nd in the prefinals. Patrik Hájek finished 5th and Jorge Pescador made it to the top 10 finishing on the 8th position. In the finals that were very interesting especially after the start, Patrik Hájek finished 8th whereas Jonathan Thonon and Jorge Pescador didn’t make it to the top 10. Thonon was slowed down by difficulties with an air filter.

Filip Schovánek adds up the weekend: “We are definitely happy to see improvements of Rasmus Lindh, but we will have to change an approach and a strategy in training. The technology in the KF class made some improvements and we now have an impulse for its further betterment, which is important for us. We definitely expected more in the KZ class, the finals didn’t go as we anticipated, but that’s karting. Now we must pay attention to the upcoming CIK-FIA European Championship.”

Next race for the Praga Kart Racing Team will be at the final race of the WSK Super Master Series at a La Conca circuit at the end of April.