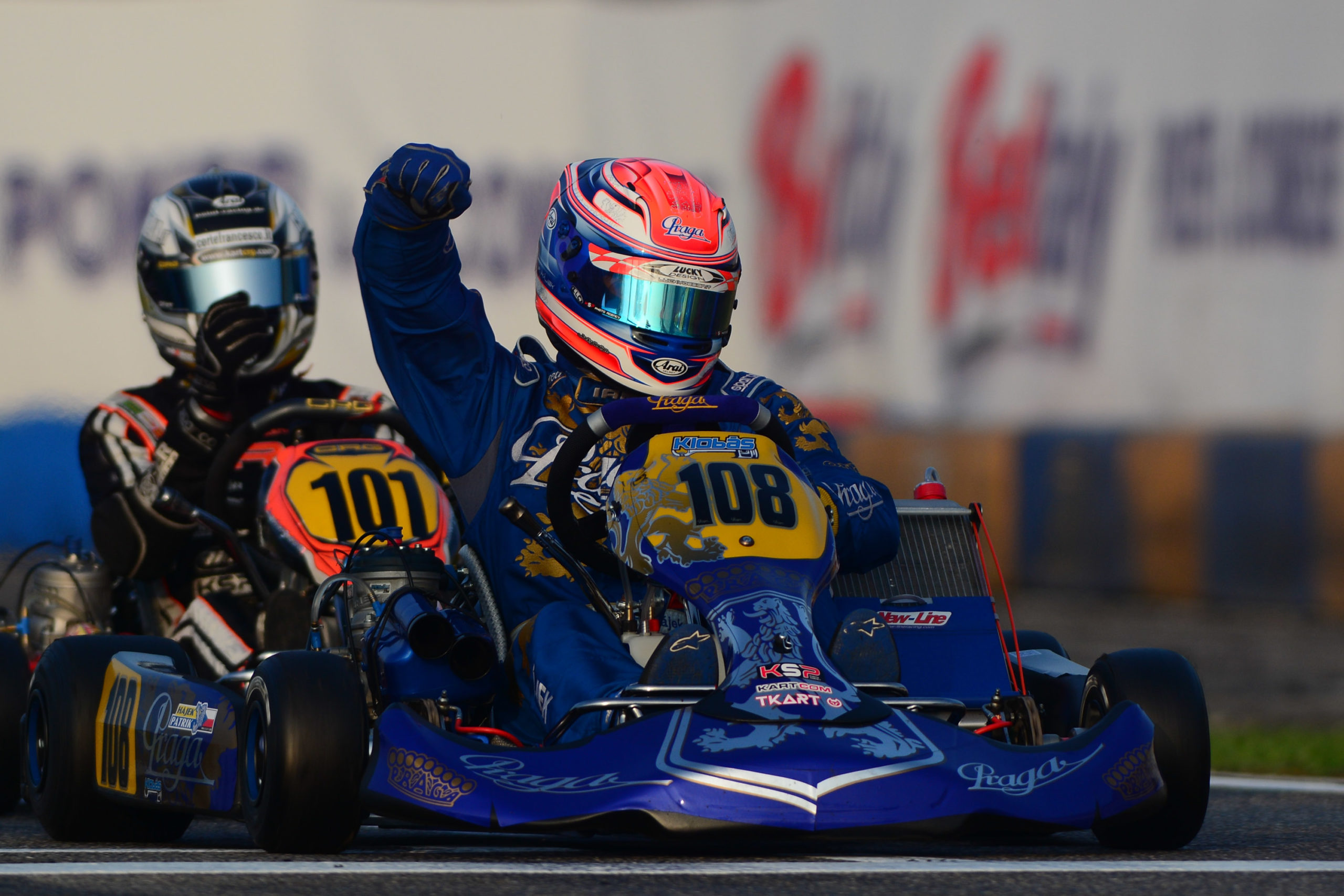 A TOP STAR WEEKEND FOR THE DRIVERS OF TEAM PRAGA KART RACING AT THE LAST EVENT OF THE WSK SEASON, IN CASTELLETTO. VICTORY IN KZ2 AND OTHER EXCELLENT PLACEMENTS.

In this edition of the WSK Final Cup, Praga Kart is the absolute star of the KZ2 shifter class, with Patrik Hajek’s photo-finish victory and the excellent results by teammates Jonathan Thonon and Alexandre Arrue, both in the top 10. Hajek rules the category from start to finish: 3rd in timed practices, 1st after the heats and  in front of everyone in the pre-final, with just one opponent able to bother him; then again 1st in the final, after a heated duel with his rival that he tops on the last corner. Simply spectacular! Praga enjoyed a  great race also with its brand new knight and multiple title holder Thonon, who joined the team a few weeks ago. The Belgian is 8th in the qualifyings and 5th on the grid of the pre-final, where he closes 3rd. In the final, Thonon is betrayed at the start, but at the finish-line he is 7th ahead of his teammate Arrue, 9th.

The Praga team collects a top performance also in the 60 Mini, with Rasmus Lindh. The young driver from Sweden is immediately up front: overall 4th best after the qualifyings and 2nd after stunning heats (1st,1st, 6th). In the key phase he struggles, but in the end manages to capitalize anyways: in the formation lap of the pre-final he spins around on the moist and challenging track and ends up in the rear, but after two laps he is again behind the best. In fact, he is 9th on grid for the final, where he has a troubled race: he is 13th after the start, then climbs up to 7th in just three laps; too bad that the battle with rivals – often at the limit of fairplay – forces him to slip down and climb back up, all race long. He closes 6th.

In the KF, Karol Dabski’s race is more troubled, but charged with the determination he has already given ample proof over the season. His weekend gets off to a tough start: in the first heat he is out on lap 5 while running up front, in the second he recovers 14 positions, then in the last he is out on lap 3 as he is defending 3rd place. Bad luck follows him into the pre-final: he is out at the start. Yet, Dabski keeps his spirits up and in the final valiantly climbs up from the rear: in the end he is standing 14th. In KFJ, instead, Marino Sato has less fortune: after a difficult qualification phase, the Japanese enters the B pre-final and here is really strong, 11th; but in the final he has a bad start and doesn’t manage to rise (32nd). He’ll have his chance at doing better at the World Championship in Bahrain.