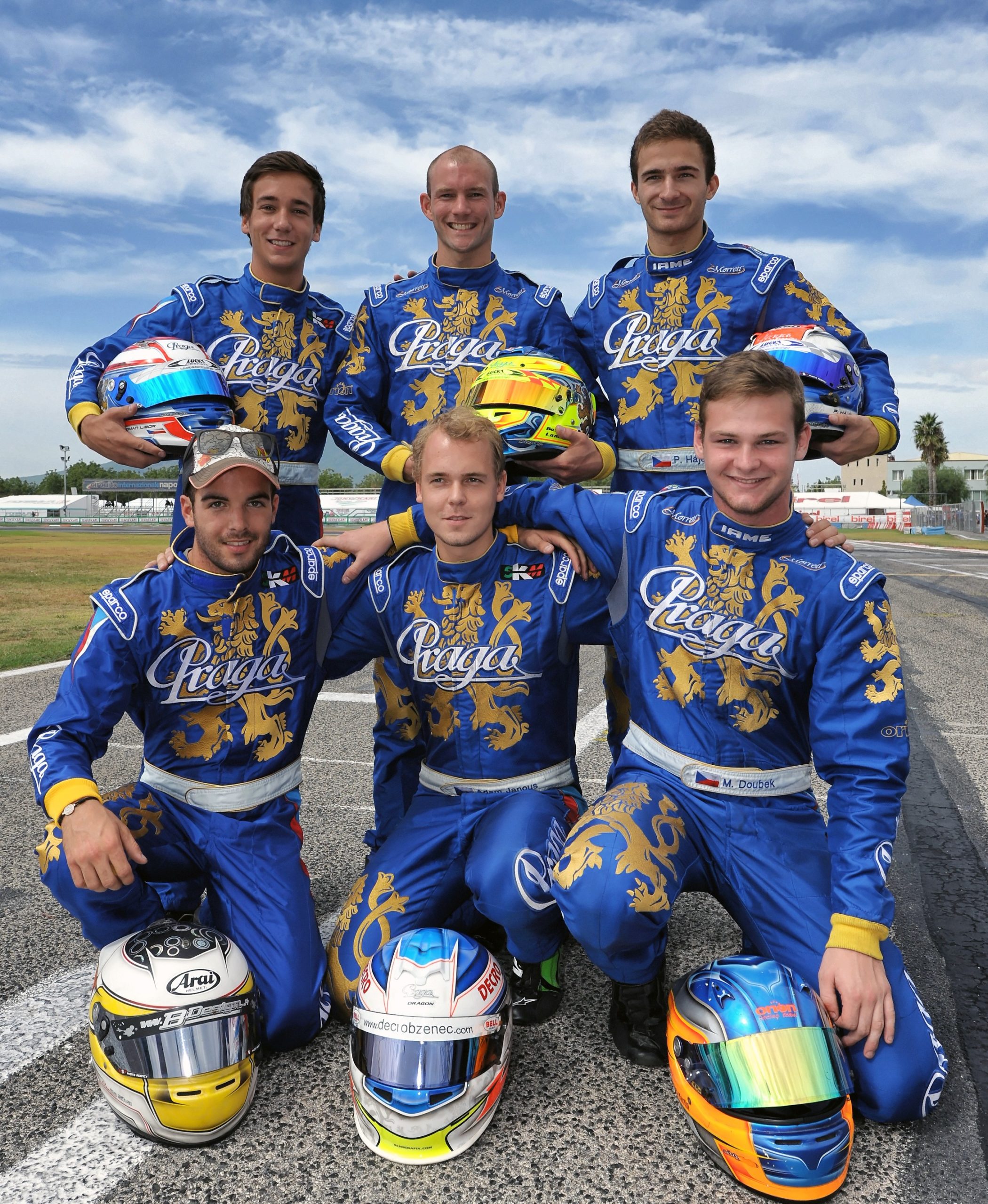 4 September 2012, Sarno, Italy — A great finish this year for Praga, Bas Lammers wins the 2012 World Cup in KZ1, for the second time in his career, crowning a weekend in constant progression. He was 10th after the qualifyings (5th in his session), in the heats he closed 4th overall (twice 2nd and 4th) and, after 3rd place in the Pre-final with best lap on track , in the Final he conquered the lead in just 8 laps and collected his victory. The Praga team thus takes home its first world title, just a year after its launch.

Also in KZ1, the official team collects a great result with Patrick Hajek. In the lead in the heats (4th, 2nd, 3rd) and almost on the podium (5th) in the Pre-final, he finished with a fantastic 6th place in the Final. Further proof of the high-level performance of the material is also shown with Italian driver Alessandro Giulietti, who is always up front at the wheel of a Praga Kart: 5th in qualifyings and 10th after the heats, he confirmed himself in the top 10 (8th) again in both finals, making 3 Praga drivers with top 10 finishes in KZ1.

The Praga team is also a protagonist in KZ2 with Adam Janous, who grows race after race. He was 23rd after the heats (4th in one), in the Final he started 20th and climbed up fast to close a step from the top 10 (12th).

Praga Kart proves, once again, the quality of its products and its winning nature. With a year of hard work building up to this moment, the brand and the team are certainly proud of accomplishing such a great feat in their first year. Says team manager Peter Ulbert: “It was a year of hard work, and we are certainly proud that we have achieved great performances like this in our opening season. For us it was the inaugural season from all angles, to the technical and personnel team preparation, fine tuning the new chassis homologations, and establishing a successful cooperation with the manufacturer brand IAME engines. Even more valuable, however, for us, was the fact that the great results in the World Cup were achieved with both Praga chassis: Bas Lammers with his victory on the Praga Tacho, and Patrik Hajek and Alessandro Guilietti finishing in the top ten with the Dragon.”

Lammers has demonstrated his professionalism the entire season, and sets a great example for the other drivers on the team, being able to utilize the maximum support of Praga Kart Racing. Petr Ptacek, owner of Praga, confirms that Lammers is very engaged and well motivated, as is his engine tuner Thierry Savard of Tec-Sav. Praga will continue to build on these results, and looks forward to the challenges that the future holds.