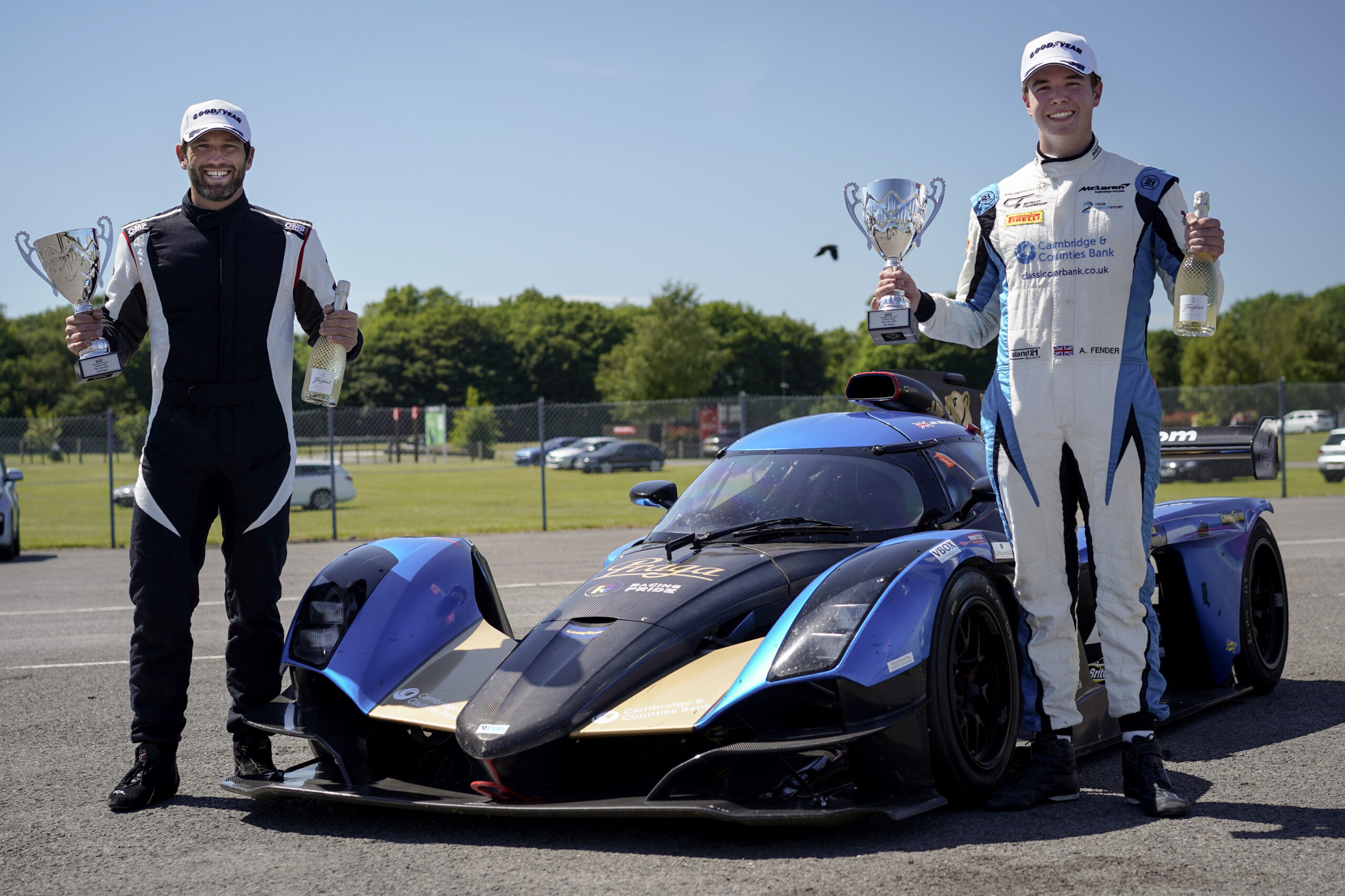 Praga Cars is set to announce plans for the Praga Supercar Race Academy at the upcoming Silverstone 2 Hour Britcar Endurance Championship Round (2/3 July); the comprehensive programme with race-winning credentials is aimed predominantly at supercar and hypercar-owning motorsport enthusiasts wanting to take to the track.

Praga’s Britcar Guest Driver programme has opened the door to genuine novice competitors such as sim racing YouTube star Jimmy Broadbent and former UK Special Forces and two-time Everest summiteer Jay Morton. Broadbent and Morton secured their National A race licences in just a few rapid-fire weekends of racing saloons and city cars, and are now half way through their first campaign behind the wheel of the all-carbon, high downforce R1 racer.

Both have enjoyed strong starts to the season behind the wheel of the R1, inspiring Praga to set up this unique programme for aspirational racing drivers who lack the time and resources to be race ready independently. 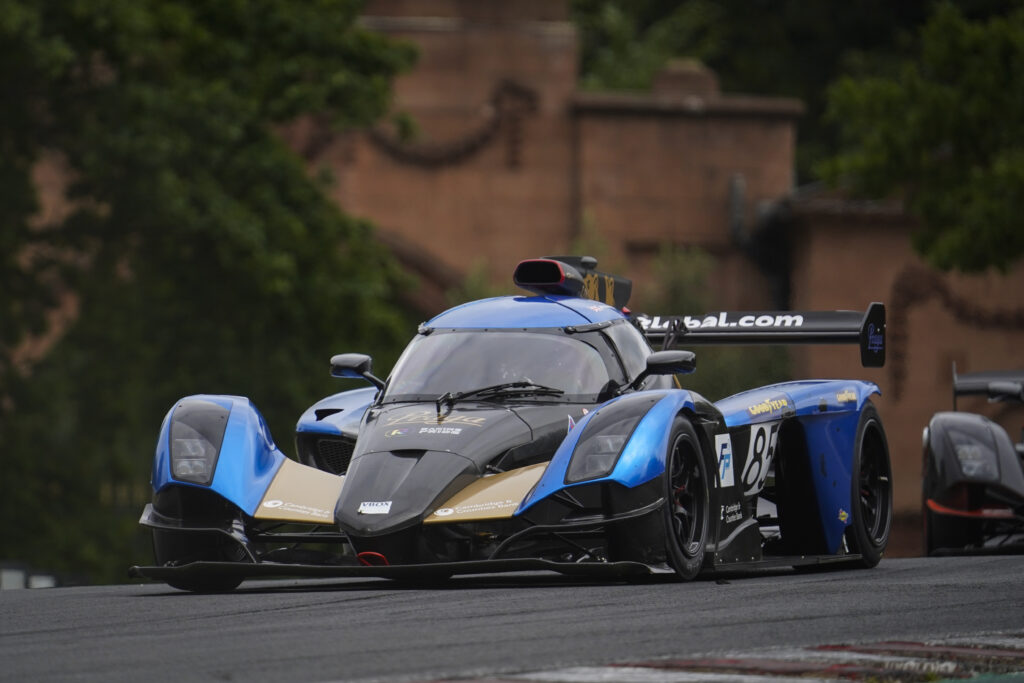 Mark Harrison, Managing Director, Praga Cars UK, said: “The Praga Supercar Race Academy makes it easy for owners of performance cars to take their driving experiences to the next level. The Praga Guest Driver programme has proven that novices can be race winners in highly competitive and exhilarating environments. If they have the attitude and commitment, we can provide the opportunities to fast-track their road to the race track.”

Having entered his first race less than 12 months ago, Morton secured his race signatures in the entry-level Britcar Trophy Championship earlier this season. Praga then paired him with experienced racing driver Angus Fender, and the duo took the top step in stunning style, beating eight other R1s and a large grid of GT racers.

Jay Morton, race-winning Praga R1 Guest Driver, said: “Less than a year ago, I had never raced a car. I am now a double-race winner in this seriously quick racing car after a great day at Oulton Park with my team-mate Angus Fender. I genuinely can’t believe that I’m a race winner in the R1, but the support and network offered by Praga provided the perfect foundation.”

Target clients are likely to have owned numerous supercars and enjoyed putting them through their paces on track days, they may even have piloted entry-level race cars on test days, but taking the next step up to an amateur or professional racing career might be just out of reach. The Praga Supercar Race Academy provides an off-the-shelf solution that could see participants racing an R1 in a matter of weeks.

Praga on Cloud 9 with double victory for Praga Racing Academy

Working with the Silverstone-based Motus One team – Praga’s chosen Academy partner – the Supercar Race Academy programme is designed to follow in Morton’s footsteps and place an exclusive group of clients into the Britcar Endurance Championship Round 1 in Spring 2022.

Harrison concluded: “We are looking for a small group of clients to kick-start the Academy, so will aim for two or three cars on the grid in a planned one-make Praga race series in 2022 to be piloted by these skilled novices who have been fast-tracked to the R1. In that way we can tailor their experiences and look to build a global programme from 2023.”

Praga has developed a programme to give novices everything they need to reach the top level of club motorsport in a short space of time, covering every angle, from their suit and seat to fitness and of course, the car itself.

The all-encompasing programme provides each client with the choice of either owning their very own Praga R1, that will be run by Motus One, or be partnered in a car and pay to race. As part of the programme he or she will undergo an extensive racing driver preparation course and have all administration taken care of – from race licence organisation to entry logistics. The only thing they will have to look after themselves is popping their own corks on the podium! 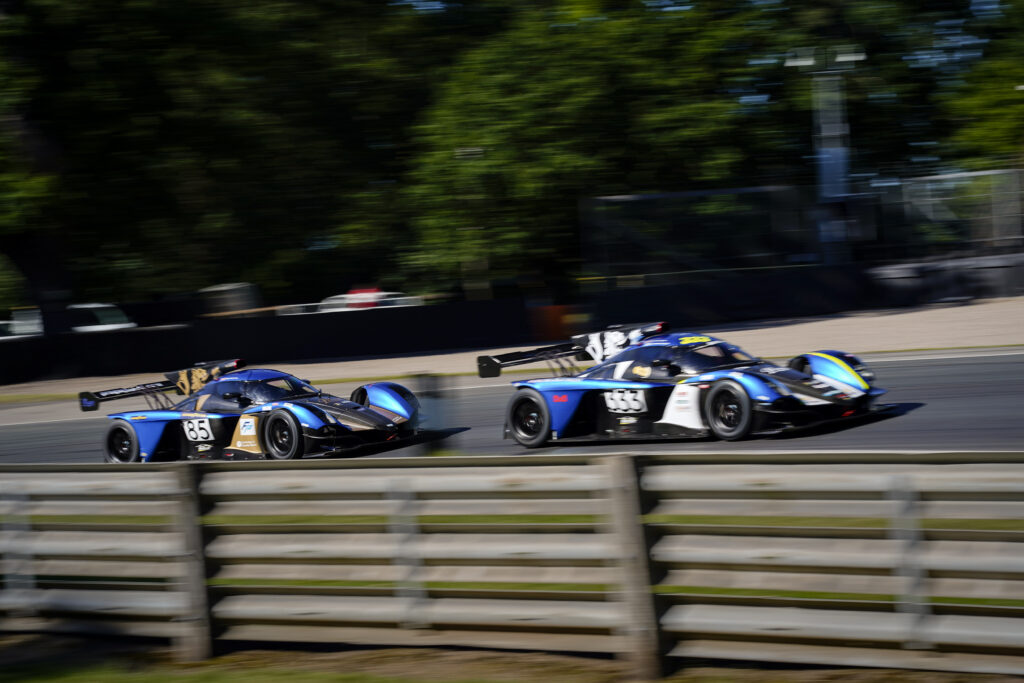 With plans already in the works for a one-make race series in 2022, Praga is aiming to see up to three R1s piloted by graduates of the Supercar Race Academy. The plan is to join the Academy this summer, then compete in two race weekends in Motus One’s Britcar Trophy Clio during the Autumn, thus providing the perfect preparation to be racing an R1 in Spring 2022.

Praga’s karting division is one of the world’s leading racing kart producers, and Praga Cars therefore aims to expand the Academy to younger drivers who are graduating through the karting ranks. This will offer a clear and defined career path from karts to the R1 which, as a high-performance, closed-roof racer provides the perfect balance between single-seater and GT style racing.

The Praga Race Academy is further supported by Formula to Perform’s Simon Reynolds, who will oversee human performance development for clients throughout the season. Reynolds celebrated 16 championship wins in his 14 years at the McLaren Formula One team as Driver Performance Manager and assisted in bringing two drivers from lower tier formulas up to the pinnacle of motorsport, so knows what it takes to prepare to win.