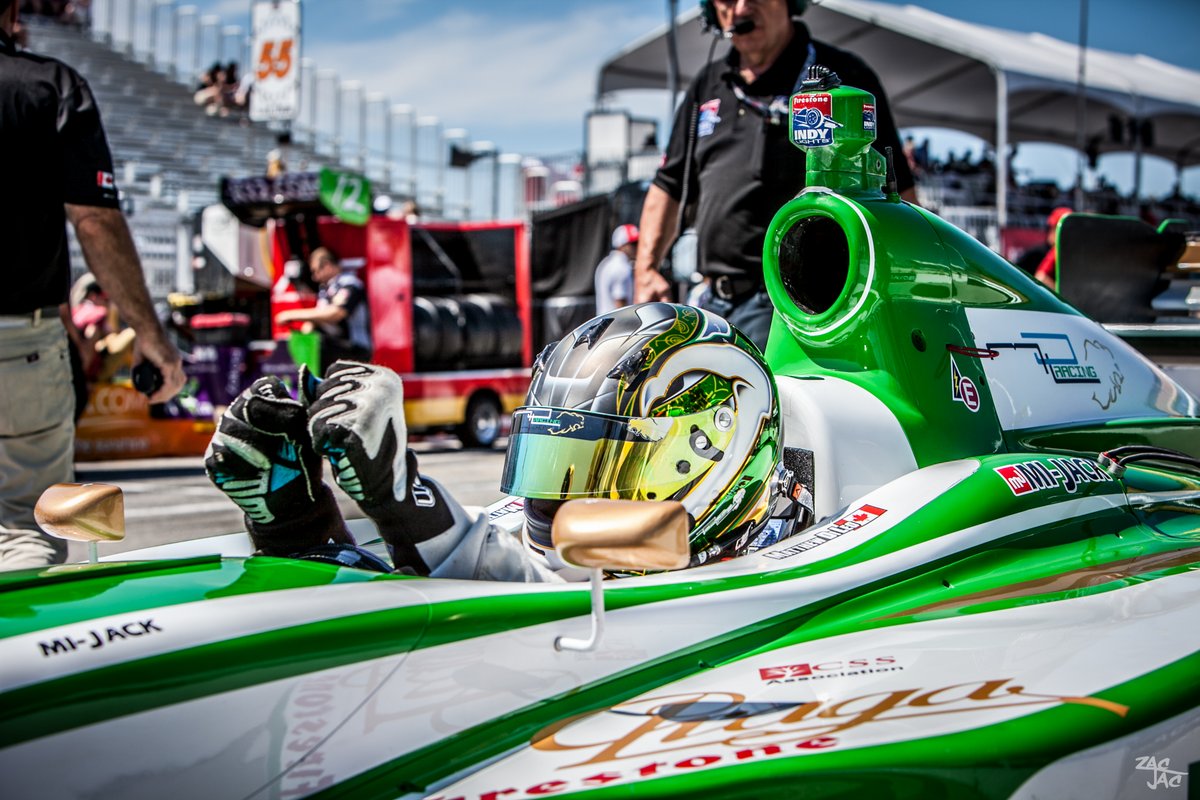 INNISFIL, ONT. (July 17, 2013) – Matthew Di Leo’s first race on the streets of Toronto, Ont., on Saturday (July 13) did not end the way the local driver wanted, but Round Eight of the Firestone Indy Lights ultimately proved to be a successful affair. In only his second-ever series start, the MDL Racing owner/driver made steady progress, earning valuable experience and exposure ahead of a full championship campaign in 2014.

Unlike the rest of the talented Indy Lights field, Di Leo entered the lone series stop ‘North of the Border’ having never sampled the 1.755-mile street circuit within the Canadian National Exhibition grounds in Toronto, Ont. The up-and-coming Canadian, however, did have the advantage of racing in front of friends, family, and supporters, giving the MDL Racing pilot added confidence ahead of his second career series start.

Di Leo, as planned, utilized both Friday practice runs to not only get acclimated to the fast and bumpy concrete-lined street circuit, but also further work on developing the No. 56 RES Precast Inc./Praga/MDL Racing entry to suit his driving style and the track. Finding more pace with each added lap of experience, the 18 year-old was a full two seconds quicker by the conclusion of the second practice outing.

Returning to the driver’s seat one day later, first up was an early morning qualifying run. In a session that featured multiple drivers making mistakes, Di Leo not only kept his nose clean, but continued to fine-tune his racing steed. When the checkered flag waved, the local owner/driver had secured a row three starting position via the sixth best time.

Di Leo and the MDL Racing crew had little time to enjoy the solid outing, as within a few hours the Indy Lights cars were back on-track for Round Eight in front of a large and enthusiastic crowd. Focused on running a fast and clean race, as well as gaining additional race experience, Di Leo got a good launch, holding his P6 position throughout the opening 20 laps of the 50-lap affair. Unfortunately, just prior to the halfway mark, a rare battery issue not only greatly reduced Di Leo’s pace, but ultimately ended his race prematurely. Di Leo, despite the less than desired conclusion to his hometown race, exited the event pleased with what he and the MDL Racing squad had achieved.

“The weekend went very well I think,” stated Di Leo. “We kept improving as team, making progress every time I was on track. The final result was unfortunate, as we had a battery failure which led to an early retirement. That being said, it was a really great experience to be racing in my hometown. The support was just incredible! I’d like to thank my sponsors RES Precast and Praga Karting for an awesome weekend. I also want to thank my team for their hard work, and my driver coach Cor Euser for coming to my race from the Netherlands. I’m looking forward to the next race at Mid-Ohio on August 4th.”

Away from the racing action, MDL Racing also made its mark during the Honda Indy Toronto, with a stand in the fan village showcasing MDL Racing’s USF2000 Championship car and Czech motorsports brand Praga’s top line of kart chassis, which garnered plenty of attention.

Di Leo and his MDL Racing squad will be back in action on August 3-4, when the Firestone Indy Lights series travels to Mid-Ohio Sports Car Course for Round Nine of the 2013 title fight.