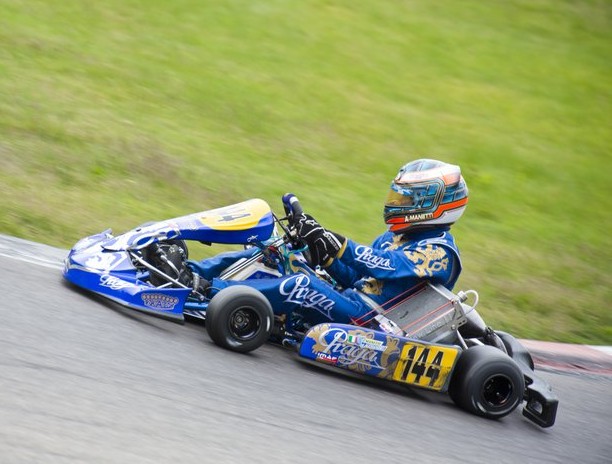 28 June 2013, Genk, Belgium — Friday at the track was the first day of heats at the CIK-FIA KZ European Championship in Genk, Belgium. The Praga Kart Racing team had two drivers on the track, Radim Maxa and Alessandro Manetti, both competing in the KZ2 category. After qualifying practice in the morning, the heats began in the afternoon with both drivers partaking in 2 heats.

Maxa performed well in his heats, taking P8 and P7 against a pack of 24 drivers. Manetti was less fortunate, running into some problems during his heats, which he hopes to correct before the heats continue tomorrow. Saturday will see the drivers running in many heats, which will hopefully prove to be successful before the final on Sunday.

To follow all the action live, go to the CIK-FIA live site, and be sure to keep up-to-date with results as they happen on our Facebook page.