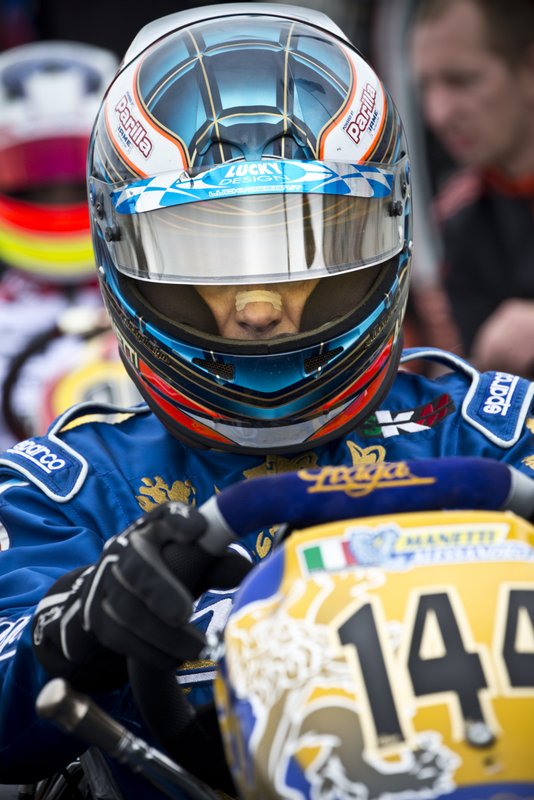 29 June 2013, Genk, Belgium — Saturday on the circuit in Genk saw the drivers from the Praga Kart Racing team compete in the numerous heats taking place for the KZ2 category. In the morning, conditions on the track were rainy and wet, making for some difficult and interesting driving.

In the morning heats, Maxa faced some problems and ended up P20, while Manetti took P11 and P17.

In the afternoon, the weather cleared and the track dried up, requiring some setup changes for the drivers. In the afternoon heats, Maxa faired better in his first heats (P8, P12), but a contact in his last heat of the day forced him to retire. Manetti, in the afternoon, steadily worked his way up (P15, P7).

No official results yet as to where the drivers are going into tomorrow’s pre-final, but we’ll update as soon as we know.

To follow all the action live, go to the CIK-FIA live site, and be sure to keep up-to-date with results as they happen on our Facebook page.