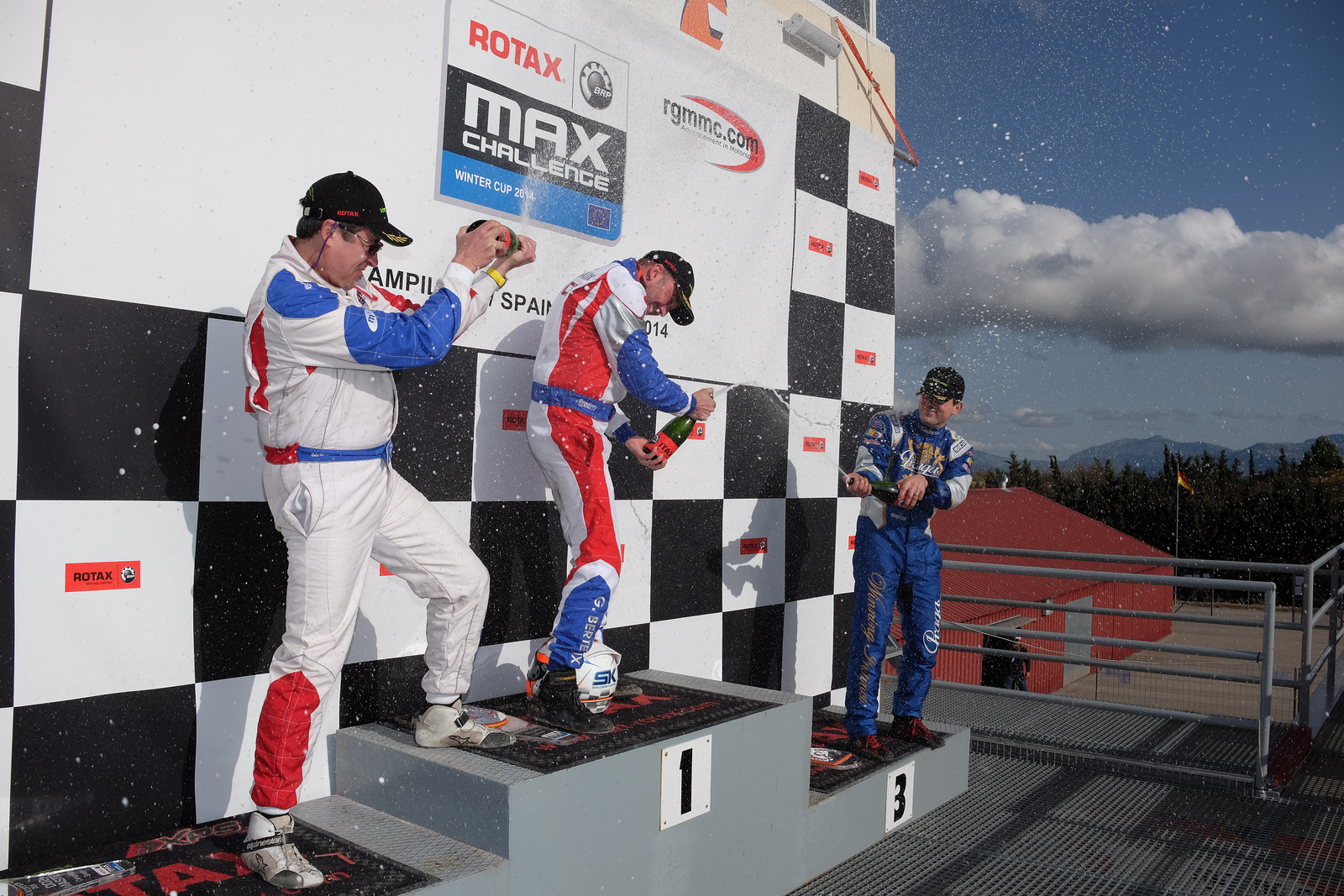 The new established „Rotax Praga Kart Racing“ team, the official factory team of Praga for
Rotax, had its first race of this season 2014 at the Winter Cup of the Rotax Max Euro
Challenge in Campillos(Spain). It was the first test with the new improvements of this
season as well as the first race to compete against other factory teams with their drivers
for example Sodi, CRG, etc. Unfortunately the team had not got the time to test the
weekend before the race, because the way to Campillos is about 2500km from the
headquarter of Rotax Praga Kart Racing. The whole team expected a warm and sunny
weather full of testing on wednesday, thursday and racing on friday to sunday, but as it
always is, the weather was completely different. On wednesday and thursday, the two
official testing days of the Winter Cup, the track was wet and very slippery. After the two
days on thursday evening everybody in the team felt very confident in the wet conditions.
On friday, with only two practice sessions in the morning, the team qualified 15 in DD2 with
Max Fleischmann and 3rd in DD2 Masters with Martin Pierce. This was a bit disappointing,
but understandable because compared to others we had no experience on this track in the
dry and first had to find a chassis, engine and driving setup. The saturday had mixed
weather conditions with one heat on a dry and two heats on a wet track. For Max
Fleischmann the heats did not went well with 11, two small crashes in the following heats
finishing 15 and 15. Because of technical defects caused by the engine Martin Pierce was
only possible to finish every heat last. So the starting positions for the Pre-final were 14
and 30. The Prefinal at the beginning seemed to go very well for the team but after a few
laps Max Fleischmann in 9th position had to come into the pits to fix a technical problem
on the kart. Also Martin Pierce had a stunning race going from last into second position in
DD2 Masters just trying to overtake the first. By doing so, he got hit off the track and was
not able to finish better than 3rd anymore. In the final Max Fleischmann went from 30 to 12
and Martin Pierce secured the first podium finish in the first race for the team with 3rd
position in DD2 Masters. After all the disaster on saturday the team is happy with the
results, but as normal for the first race, there is still a lot to improve.