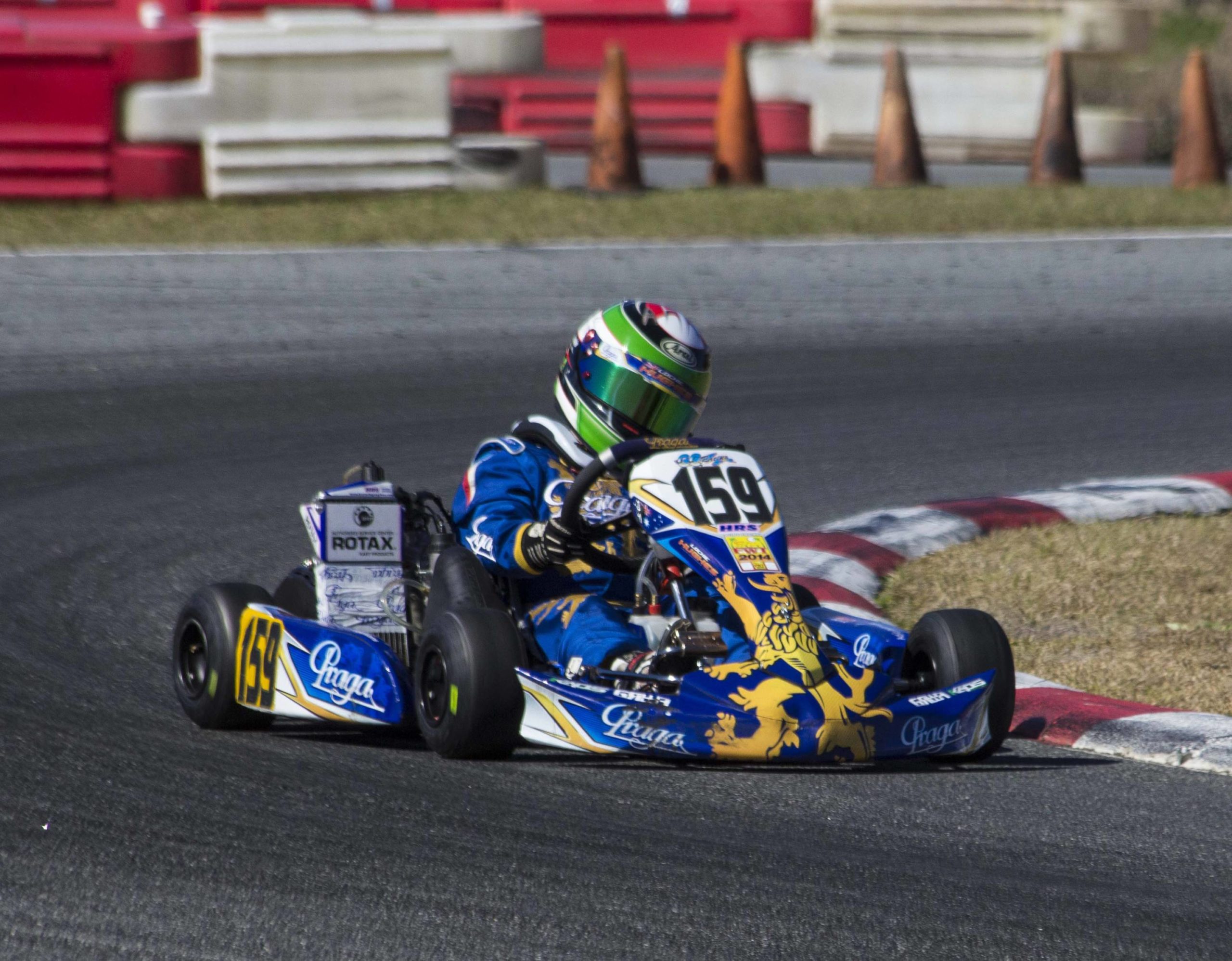 Report: Praga at the 2nd Round of the Florida Winter Tour ROTAX Weekend

February 17, 2014, Ocala, Florida — At the second round of the Florida Winter Tour ROTAX weekend, Praga North America was present with 3 drivers:  Petr Ptacek Jr. and Matthew Barry in Minimax, and Praga Chile driver Christian Cornejo competing in the DD2 class. Praga was also present with Goodwood/ ESD drivers Lochie Hughes and Sean Bolger from Australia, who also competed in the Minimax class.  It was a great weekend of results and personal bests for Praga’s drivers.

In DD2, Chilean driver Cornejo made great strides from his last race at Homestead. With his Praga/AM package, he qualified 7th for Saturday’s races in a field packed with international champions. In the pre-final he fought hard to stay in the top ten (P9), and held that position for the final (9th).

In Minimax, with four drivers in a very competitive field, Praga made it best showings on Sunday with drivers Ptacek and Hughes. After qualifying in the top 20, Hughes made it to P7 and Ptacek to P11 in the pre-final. In the final, Hughes fought hard through the top ten field to finish in 4th place, just a step from the podium, while Ptacek made it up one spot to finish in the top ten (10th).

Praga North America has a very busy upcoming month; they will compete at the Texas Lone Star Gran Prix and the first race of the ROK Cup USA before the final rounds of the Florida Winter Tour.