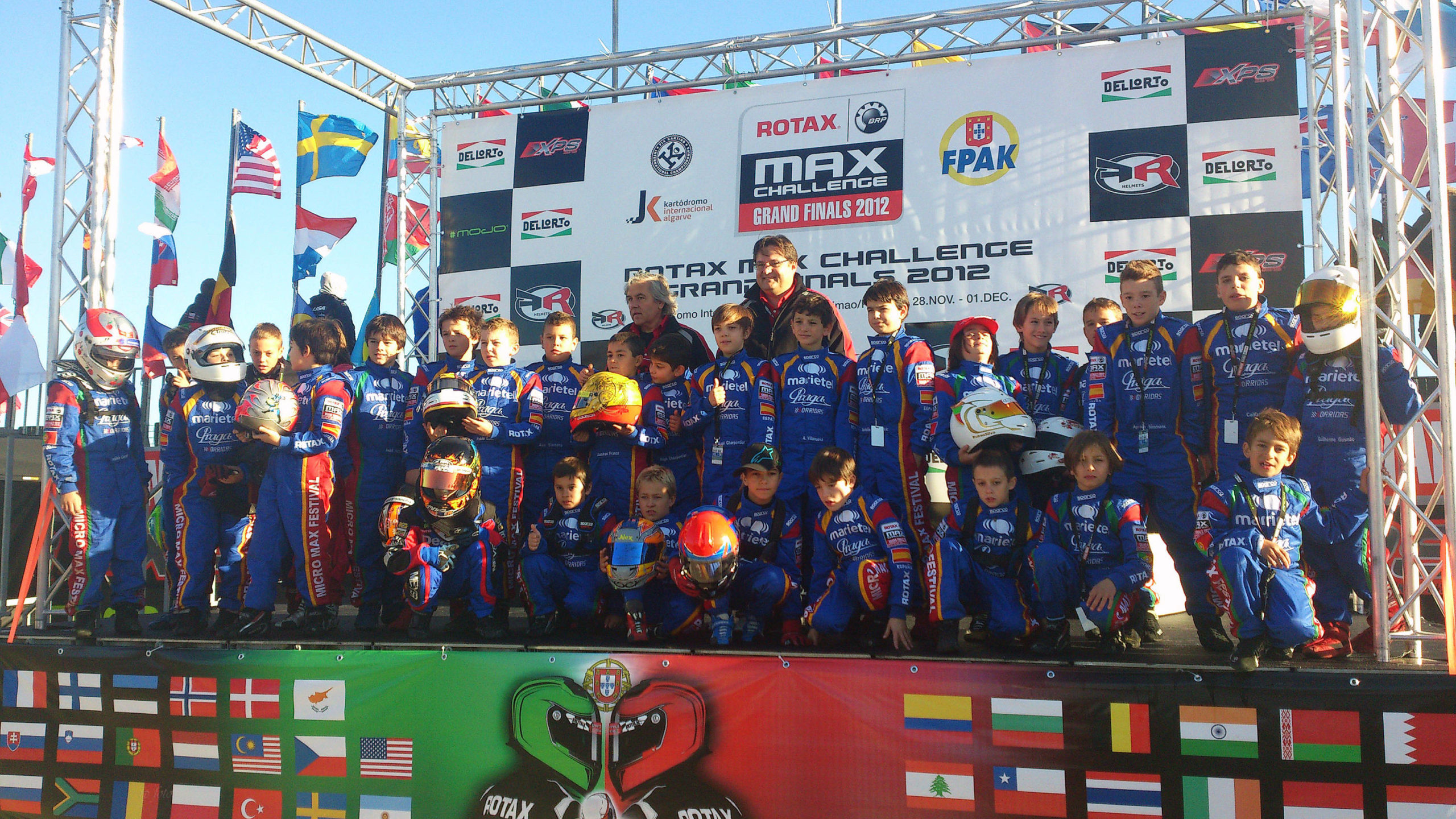 1 December 2012, Portimao, Portugal — Korridas, Praga’s official importer for Portugal and Spain, hosted The ROTAX Micro Max Festival, which took place at the Kartodromo International do Algarve in Portimao, Portugal. The race was organized together with the ROTAX MAX CHALLENGE Grand Finals, and was the first time ever that a Grand Final hosted such a large event catering specifically to young drivers. The race was open only to Spanish and Portuguese drivers, but prepared with the same image and concept as the ROTAX Grand Finals.

The event saw 36 drivers from Spain and Portugal compete in the Micro Max category, with Praga and Korridas supplying  the Praga Piccolo chassis, engines, racing suits, and tires. Praga staff were also on hand to help the drivers at the event, including two seasoned ROTAX drivers, Pole Karol Dabski and Kiwi Josh Hart, who also mechanics for the Praga Kart Racing team. Hart says of the event: “It was great to see the younger kids have the chance to show their stuff in front of the top ROTAX drivers from all around the world, and that I was able to share my knowledge and experience with these up-and-coming drivers.”

Micromax Drivers on the track in Praga Piccolo chassis

Overall, the race was seen as a great success for Praga and Korridas, a great opportunity to present the Praga brand on an international level as well as to promote the brand within the young ROTAX categories in Portugal and Spain. Praga was very pleased to be able to support these young drivers, and hopes to further its cooperation in the ROTAX Grand Finals next year.

More photos from the event can be found on our Flickr page.