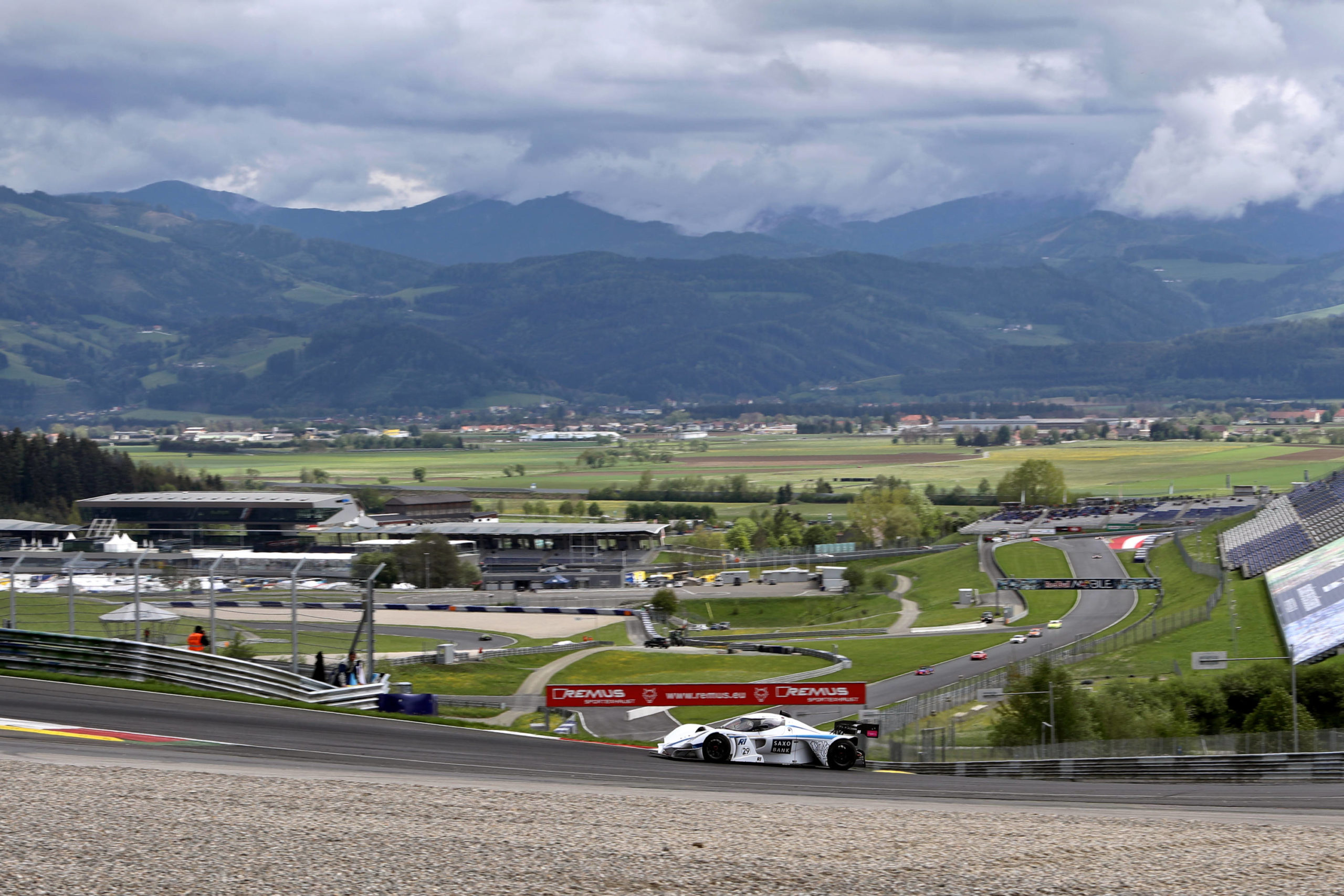 Another race was held in the middle of May, two weeks after racing in Hungary; this one was on Austria’s Red Bull Ring. Just as the last year, there was a tough competition with many Division 5 cars and contemporary GT cars. Aleš Jirásek twice acquired 11. place (absolute ranking) in sprint qualifiers and 9. place in the endurance race. „The brand-new surface is unbelievably slick. Steerability was marginal, especially in wet conditions…“

The first race was a combination of wet racetrack and dry tyres. Aleš managed to push forward in the very beginning and then, despite a careful beginning, held a position near the front of the pack. He finished 9., as his car started to fail in the last lap and he lost two positions. „During the briefing, we were told that there will be one pace lap and then the start. In the end, there were three laps and we were not prepared for that, so we ran out of fuel near the end. It was a good race, however. I am glad that competitors were careful on the half-dry track and did not take unnecessary risks,“ said Jirásek about the early morning race.

The second sprint was on a dry track and went very well for Praga. Jirásek managed to fight his way from 11. to 3. place in absolute ranking. „We took advantage of competitors‘ hesitation, managed to hold a great pace and we did the very best we could. I am totally satisfied, because we can not really match 500-horsepower Normas – they are something else, as far as speed goes,“ rejoiced Jirásek after finishing the race in which 37 cars partook.

In the hour-long race, Praga R1 started from the pit, as a small technical problem could not be resolved in time. Aleš quickly went from the very tail to 10. position, but then he got stuck – safety car had to enter the track because of a violent collision and ranking was frozen for the last 15 minutes. Praga Racing Car team was also penalized for refueling outside of specified space and moved down to final 15. place in absolute ranking. However, ranking in the class did not change due to a larger lead and the team kept the first place. „We wanted a video recording of the refueling mistake, but it could not be solved in the end. I race for more than 15 years, but I never saw such mayhem that Austrian race management caused here. But we are leaving happy, as we could not show much more than we did,“ concluded Jirásek the Red Bull Ring performance.

Another race will be in the middle of June on Autodrom Most and Praga will be there.