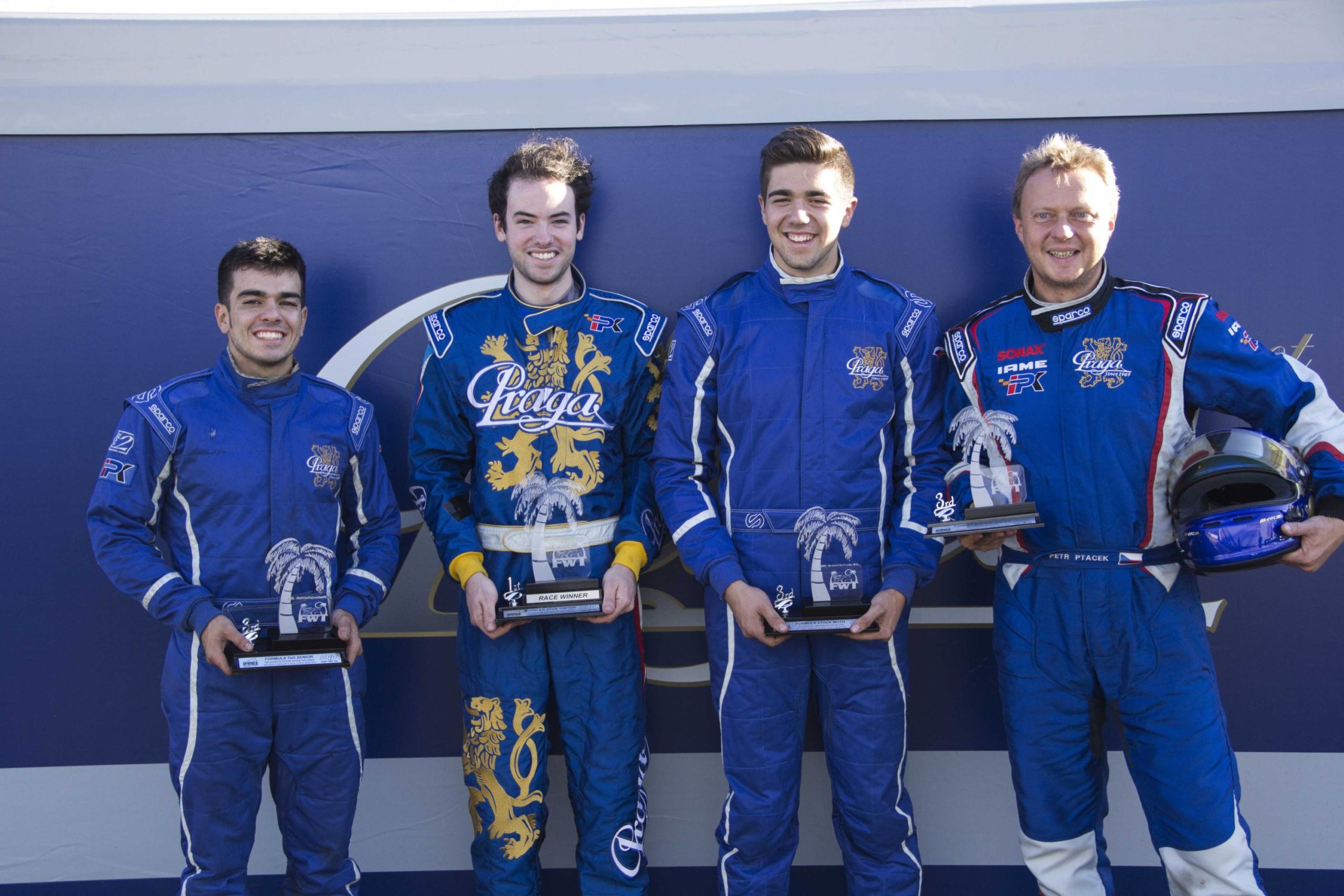 February 10, 2014, Ocala, Florida — Continuing off of its success from the first round, Praga North America makes another great showing at the Florida Winter Tour Formula Kart weekend, taking place at Ocala Gran Prix. Praga was represented by drivers from four different teams, and took home a total of 5 trophies over the first weekend.

In the shifter classes, Canadian Matthew Di Leo and Praga owner Petr Ptacek were joined by CPI Kart Racing drivers Max Di Bella in Open Shifter and Philip Davis in Masters Shifter. Di Leo fought hard in the wet conditions on Saturday and took home a 3rd place finish, and Ptacek did the same, also finishing 3rd in the first final. Sunday saw some problems for Ptacek, and Di Leo pushed hard against a tough field to end up 5th in Sunday’s final. Di Bella took home a 1st and 2nd respectively in the open shifters category.

Floridians Joffrey Amaya and Colin Warren were up in the TaG Senior category, with Amaya taking 3rd place under wet conditions in Saturday’s final. On Sunday in the dry both drivers were pushing, with Rysa Racing sponsored driver Warren proving he had the speed with a P2 in the second heat. In the final on Sunday it looked as if Warren would take the lead and be out in front, but a contact in the first lap blew a tire and forced him to stop.

On the Junior / Cadet side, Praga had Czech driver Petr Ptacek Jr. again at the wheel in the junior category. The 11 year-old is certainly holding his own in his first run out in the class, taking 11th place in Saturday’s final, and looking to have a top-ten finish on Sunday, but contact in the first lap pushed him to the end of the pack.  In TaG Cadet, Matthew Barry made a great showing in his second FWT race. After a P14 in Saturday’s wet final, the dry was much better for the Canadian, as he drove his way up to 6th place in Sunday’s final, his best showing yet at FWT. Praga / Kartwerks also had two drivers in Cadet, with Drew Lindley and Luca Mars. Lindley had a spectacular run in the final, starting from the back and overtaking half the field to finish P14. Also having a good weekend was Goodwood / ESD Australian driver Lochie Hughes, with 8th and 4th place finishes respectively in the finals.

Praga is looking forward to the next weekend’s ROTAX round of FWT, where it has 3 drivers competing.