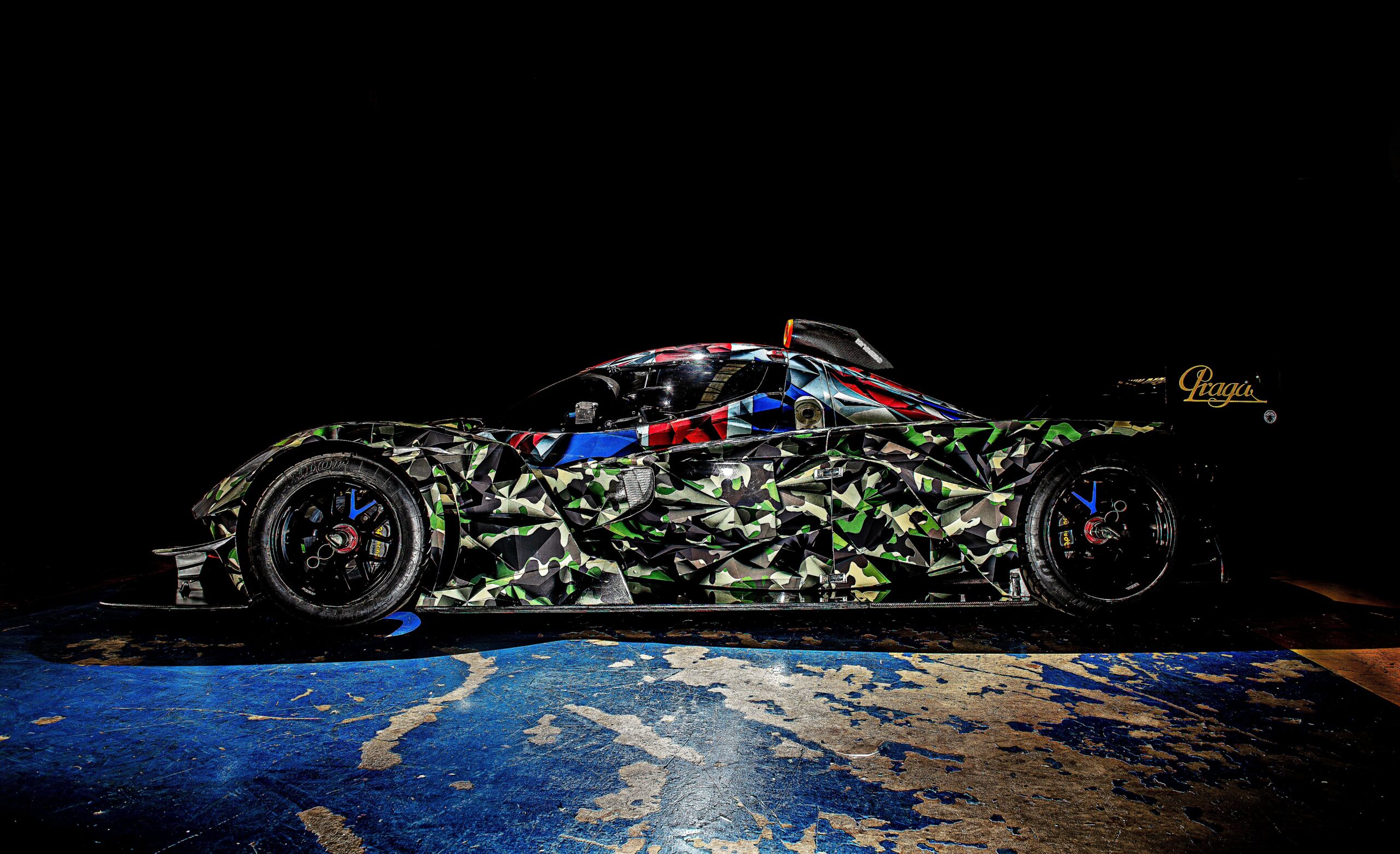 Ex-SAS soldier and star of ‘SAS: Who Dares Wins’ Jay Morton has announced he will make his motorsport debut in 2021, behind the wheel of a Praga R1 racing car.

No stranger to daunting challenges, Morton has never raced before. He will undertake a comprehensive training programme ahead of his competitive debut early next year with British team VR Motorsport, as part of an increased presence by Praga in the British motorsport scene.

Morton made the announcement during a visit to the Brands Hatch circuit. He was there to join the ‘Alive Day’ celebrations of 2020 Praga driver and ex-serviceman Martyn Compton, who served in the Household Cavalry. Compton marks his ‘Alive Day’ on August 1st – the day that he survived a near fatal IED explosion in Afghanistan in 2006.

Compton, whose racing is part-sponsored by Coldplay’s Chris Martin, was part of a troop shot at with rocket propelled grenades, which caused his tank to explode and led to him being engulfed in flames. He suffered third degree burns to 75% of his body and has since undergone over 500 hours of operations and years of rehabilitation.

Compton’s teammate, and fellow ex-servicemen, Warren McKinlay arranged for the surprise commemorative livery – supplied by HP – on the Praga R1 racing car they will share at this weekend’s race. Motorsport has played a significant role in the pair’s recovery. Their one-off livery features a camouflage body incorporating a union jack across the roof.

Jay Morton said: “Everything I have done in my career, and my whole approach to life is about facing new challenges. Whether that is joining the Special Forces or climbing Everest, I have always wanted to test myself and you only need to look at the Praga R1 to see what an exciting opportunity this is. It is wonderful to be here to celebrate with Martyn, a man who has tackled more adversity than I could ever imagine. I know how important motorsport has been to his rehabilitation. The car looks amazing in the commemorative livery and I am looking forward to sharing a track with him next year as team-mates and competitors.”

Martyn Compton said: “I’m overwhelmed to have this special livery revealed to me this morning ahead of such an emotional weekend. I can’t overstate the importance of motorsport in my recovery and all that it has offered in terms of renewed confidence, fun and friendships. Thank you to my friend and teammate Warren for arranging this surprise, and to Praga and VR Motorsport for their support. It will be very moving to race with this special livery and let’s hope that it brings us luck in the race.”

Mark Harrison, Managing Director at Praga Cars UK said: “At Praga, we want to work with genuine, interesting people and Jay’s thirst for a challenge and desire to test himself embodies so much of what we are trying to achieve. The Praga R1 is a thoroughbred racing car that has won races around the globe and will provide Jay with a platform to be competitive from his first race. I have no doubt that Jay will become a great addition to Praga and the VR Motorsport team and it will be interesting to see how his extensive military driving training transfers to the track. On a personal level it is fantastic to see the support for Martyn here this weekend. This surprise special livery is just one small way to recognise the significance of Martyn’s special day and all he has achieved.”

Warren and Martyn’s Praga R1 racing car is one of three Praga entries in the Britcar championship. Last weekend’s race at Brands Hatch we gained P1 and P2 on the famous Indy Circuit.