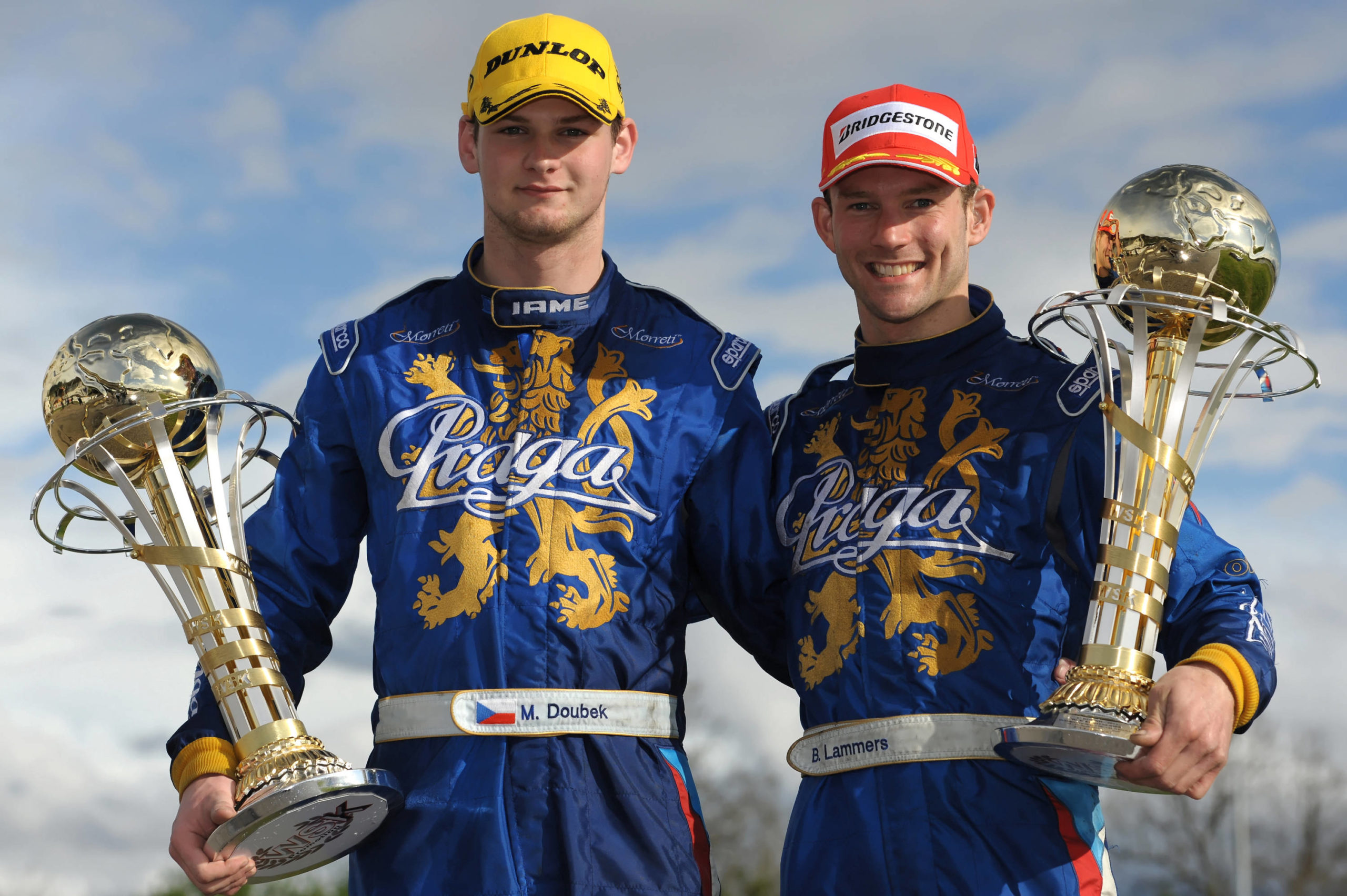 15 April 2012, Sarno, Italy — Praga Karts is off to an amazing start in the WSK Euro Series, as their performance in the first race of the series would indicate. Taking place at the Circuito Internazionale Napoli in Sarno, Italy, Praga was present with six drivers in KZ1, KZ2 and KF2. They conquered the podium twice, with a 2nd place finish for Bas Lammers in KZ1 and a 2nd place finish for Martin Doubek in KZ2.

In KZ1 Bas Lammers was 2nd in Final 2 after a star weekend: in Saturday’s heats he was 5th, then 1st and conquered pole for Final 1, where he closed 7th. On Sunday he had fast heats (3rd, 5th), but went wild in Final 2: he “brakes off” best lap and closed 2nd, giving proof of great fairness and experience:  at the end of the race, in fact, he conquered the leadership with a pass that caused a contact, then after a few meters, judging his move as aggressive, Lammers gave first place back to his rival. The driver’s and team’s professionalism paid off and the Dutchman was 2nd on the podium and in the general standings. Also in KZ1, Patrick Hajek did great in Saturday’s first heat (7th) and was unlucky in the second, but in Final 2 he almost made top 10 (11th) after a great recovery from 17th place.

Praga Kart also shined in KZ2 with two drivers in the first 4 spots of Final 2. Martin Doubek, after some great heats (8th, 2nd), was 4th in Final 1, and Sunday was 2nd in Final 2 (and in the standings). The German Alexander Schmitz in Final 1 was 10th, then on Sunday was phenomenal, rebounding from 24th to an incredible  4th place in Final 2.

In KF2 a surprising Karol Dabski, who is used to racing Rotax, stands out in his 1st year in KF2: he was in Superpole, won heat one, then was 8th in the pre-final and, with the 2nd best lap, 4th in the Final and 5th in the general standings.

It was certainly a remarkable weekend for Praga, who proved that the hard work put in during the WSK Master Series has paid off. The karting teamis now preparing for the second round of the WSK Euro Series in Val D’Argenton, France at the beginning of May.