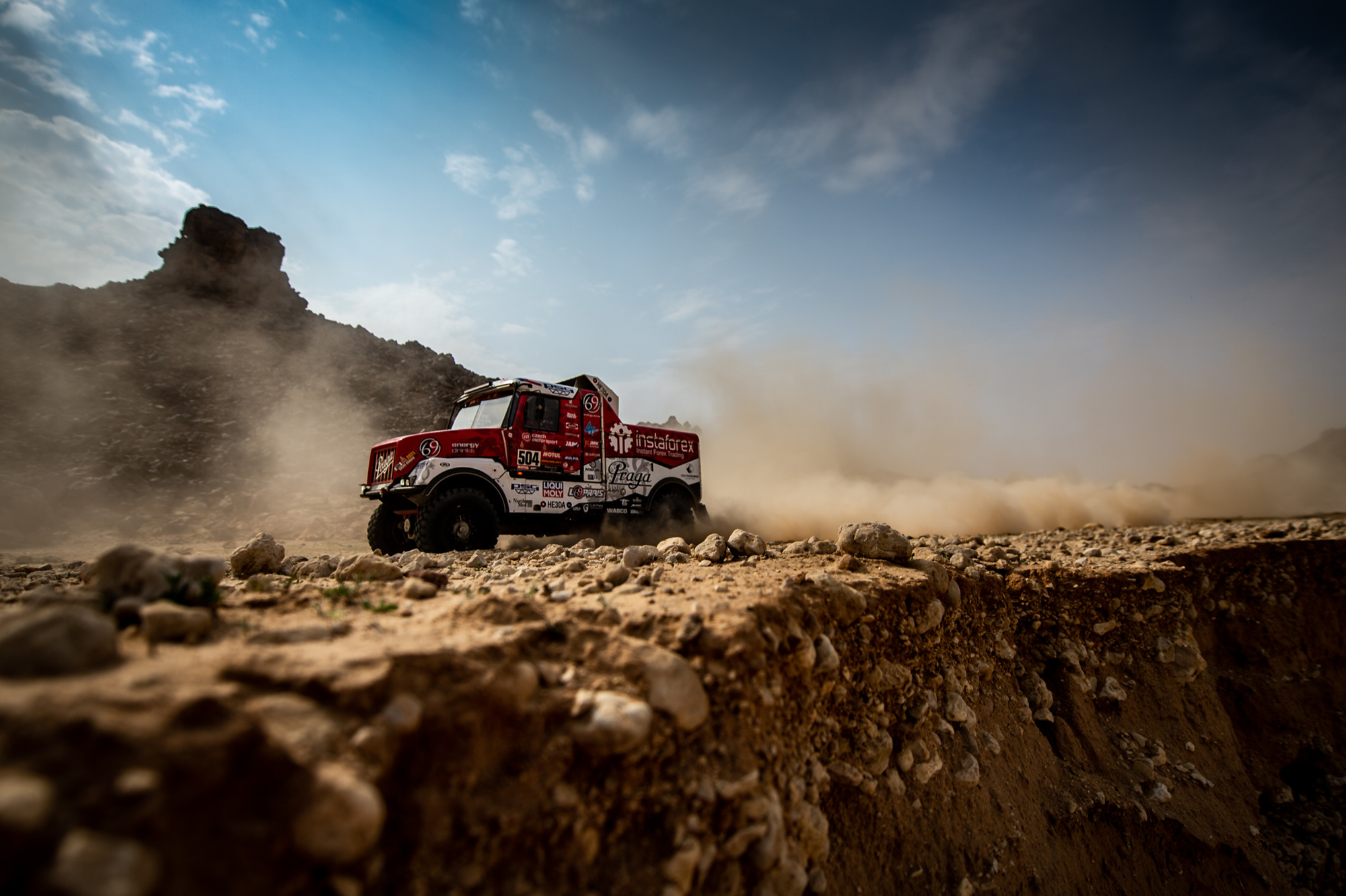 Dakar 2021: After a storming drive, Loprais is close to top 3

The fifth stage of the Dakar Rally 2021 was just as difficult as promised. And Aleš Loprais and his crew had their share of challenges in the Praga truck. But the initial frustration just motivated them to push even harder and it has paid off. 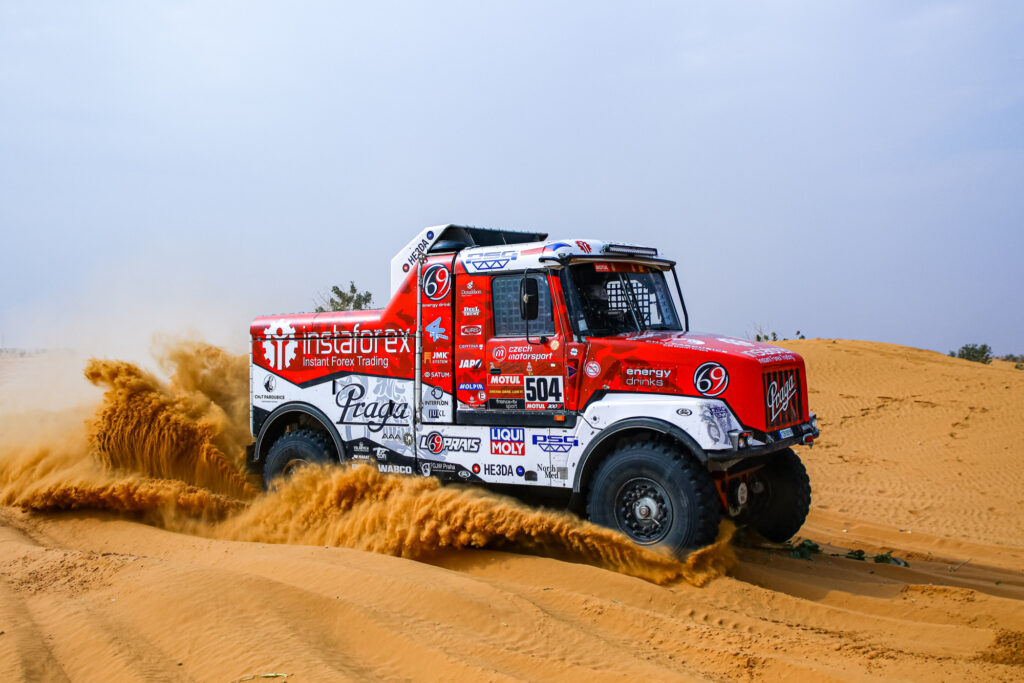 The organisers warned right from the start that the stage leading from Riyadh to Al Qaisumah will be rough. A proper navigation challenge, with rocky terrain and lots of dunes. While Aleš Loprais was looking forward to the dunes, he and the rest of the Instaforex Loprais Praga Team crew, consisting of a navigator Khalid Alkendi and a mechanic Petr Pokora, carefully prepared for the other challenges as well.

However, Dakar always surprises. Sometimes with its beauty, but more often with all its tricky parts and complications. This time, many crews across categories – including the biggest favourites – got stuck right at the start of the 456-kilometre-long stage due to the navigation errors. And Loprais and his crew were no exception, losing more than twenty minutes, and dropping to fifteenth place.

“We felt a certain frustration, but it just motivated us to push even harder. If you take away those 21 minutes, that we lost due to a navigation error, it was a great time,” says the mechanic Petr Pokora.

Dakar 2021: Another puncture, but Aleš Loprais remains in fifth place

And he is correct. Since then, the Praga V4S DKR #504 literally flew through all the rocks and sand. Its pace matched those who fought for the stage victory and at the very end, nobody was faster than Loprais. In the final 130 kilometres, he managed to reduce his gap to the leader by six minutes to finish the stage in fifth place.

“Personally, we all forced ourselves to give extreme performance. We worked together and pushed to the limit. We had the fastest time at many waypoints and have reduced the gap as much as possible. From losing 21 minutes in the beginning, it was only eleven minutes in the end. Also, we’re closer to a podium, so it couldn’t be any better. And we’re not even halfway through yet! We keep going and I thank The Lady for working so well,” praises Aleš Loprais his crew and his truck. 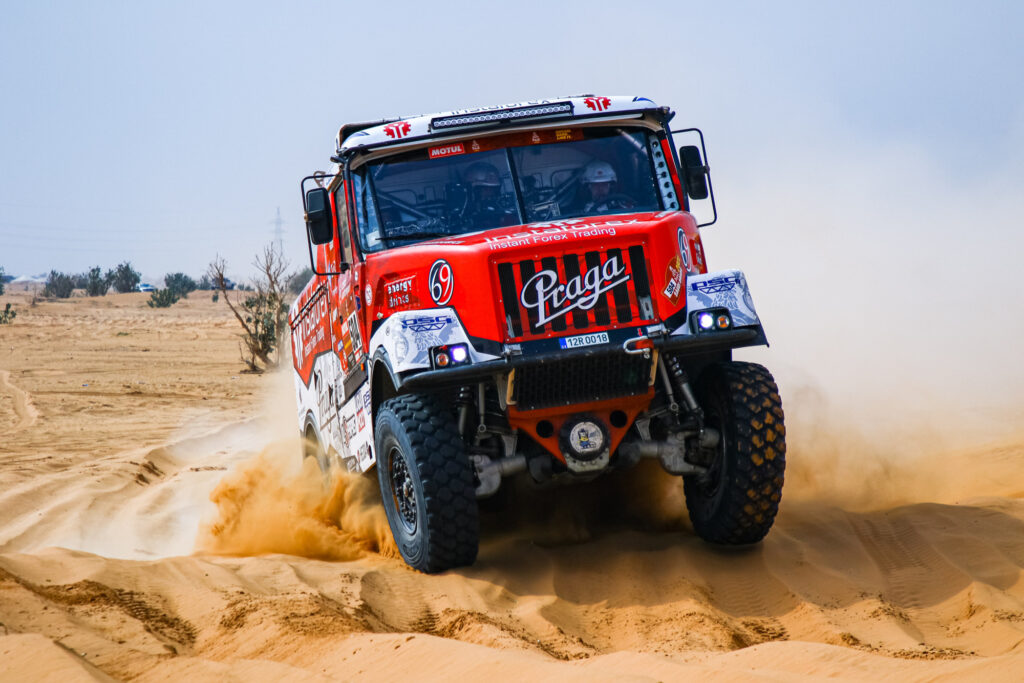 Loprais, Alkendi and Pokora have improved by one place in the overall standings to fourth position. They have also reduced their gap to the top three by more than half. While in the morning they were still almost 25 minutes away from the podium, now it is only eleven minutes.

The other Instaforex Loprais Praga Team truck did not finish the fifth stage. The Tatra Jamal – The Queen 69 truck with Jan Tománek, Tomáš Kašpárek and Jiří Stross had to retire with gearbox issues. However, after repairing the issue, the crew aims to return as part of the Dakar Experience.

“We started the stage well, even made it to the top ten at the first waypoints. Unfortunately, the issues we had in the first stage, where we ran without a clutch, reappeared,” explains Jan Tománek.

“We had only a lower row on our gearbox and it just didn’t make it. We had only one gear, that we used for the last 340 kilometres to make it to the bivouac. Of course, out of the route, as it was impossible to do the dunes like that.”

The first half of the Dakar Rally 2021 ends on Friday, January 8, with sixth stage to Hail. There, the crews will enjoy a rest day on Saturday. But before that, they must tackle a shortened stage of 347 kilometres. Once again, it will be all about navigation through the sand and dunes. 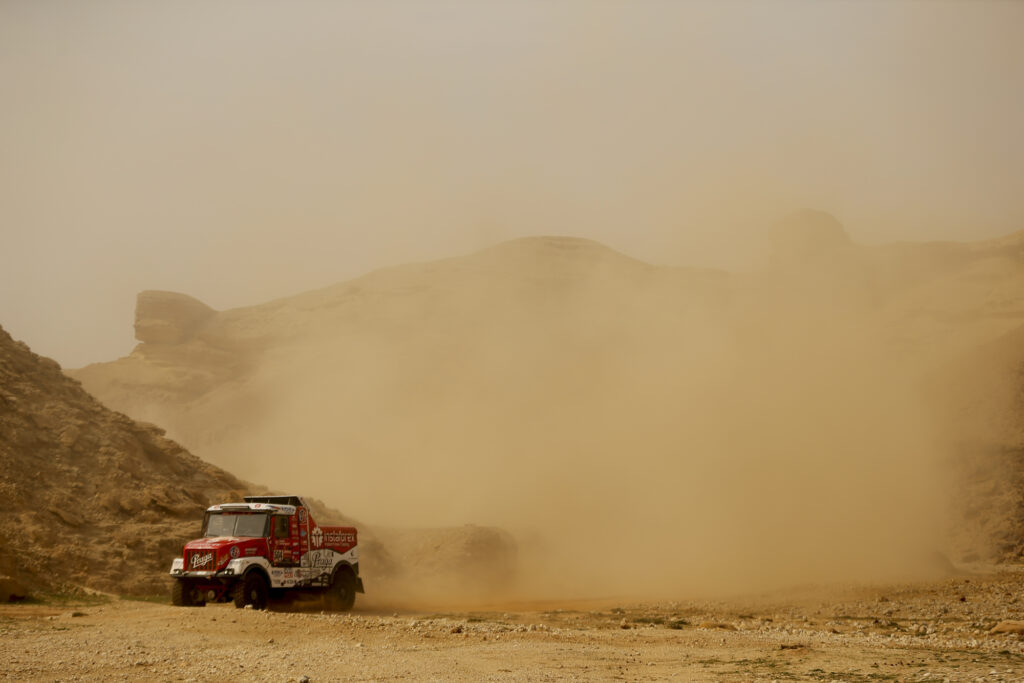