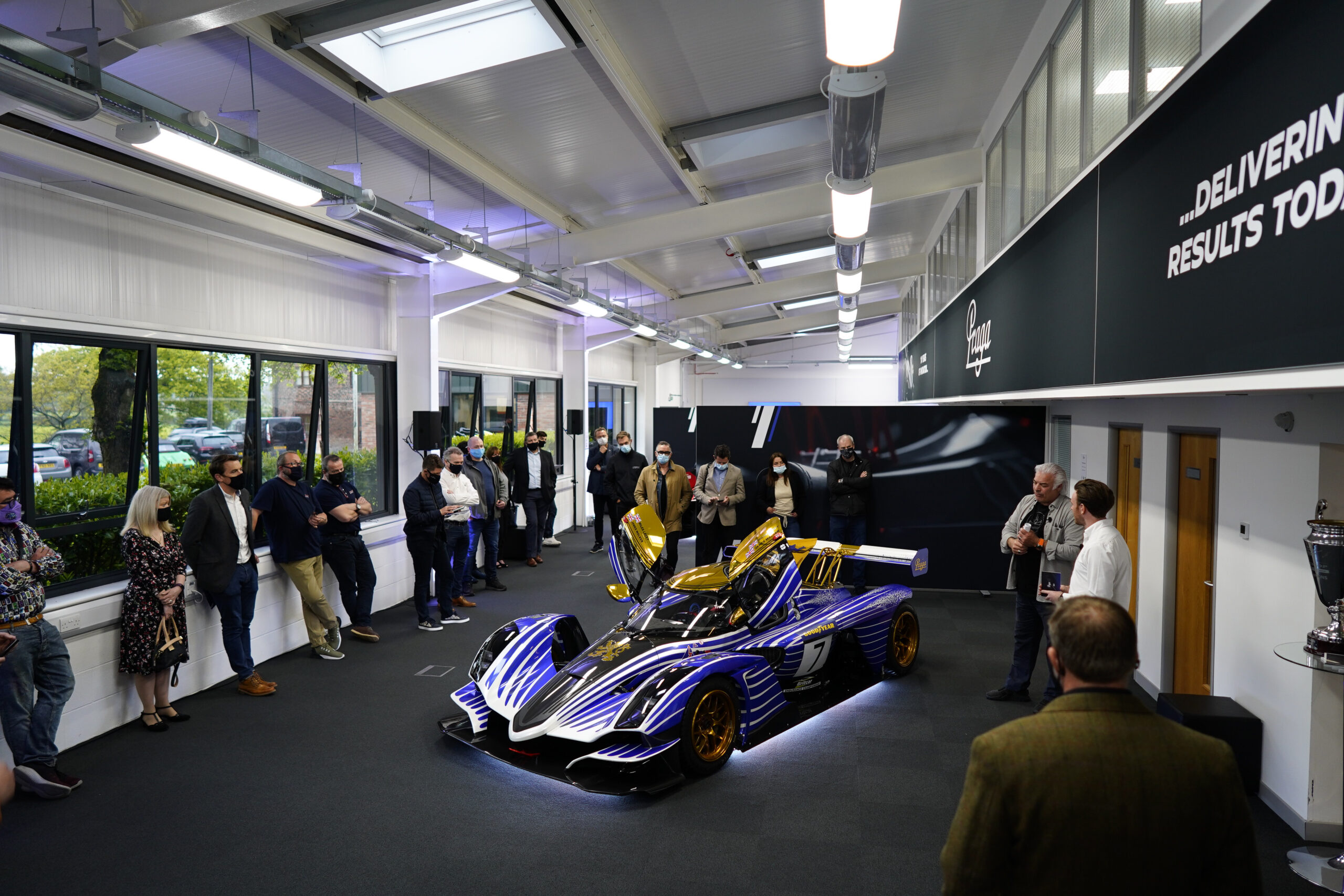 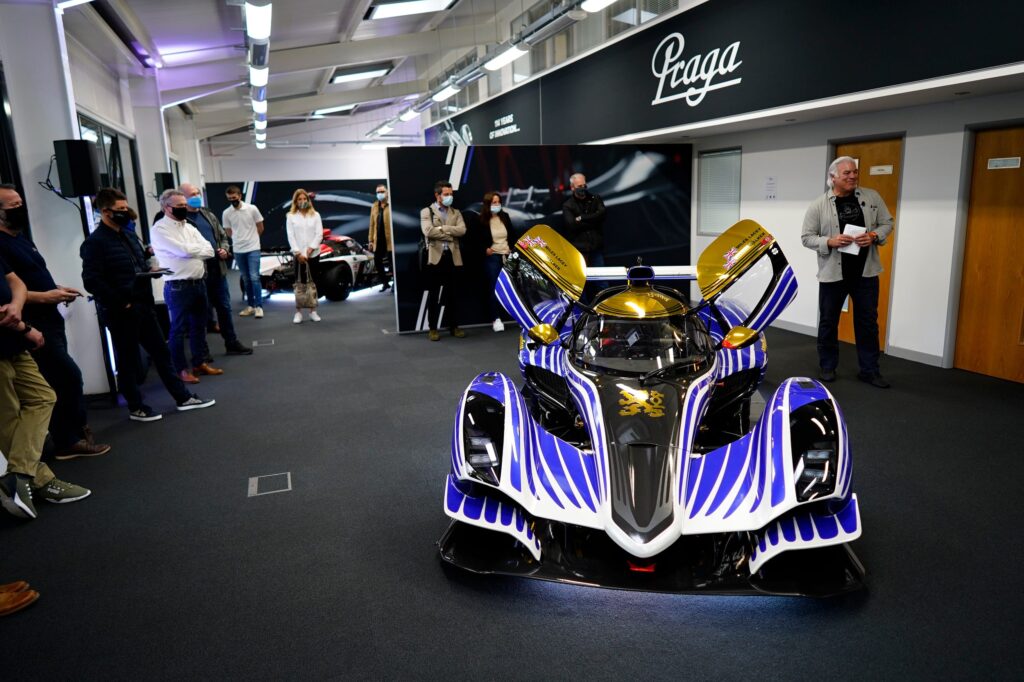 Ahead of the official opening on 10th June, and prior to that weekend’s Britcar Endurance Championship Round at its ‘home’ circuit, Praga invited a select few friends and business associates from the world of motorsport and the automotive industry for a series of presentations about the brand’s history and its future plans.

With the guests assembled ‘on the grid,’ and adhering to all Covid protocols, Mark Harrison, Managing Director of Praga Cars UK and Jan Martinek, Praga’s Engineering Project Manager, presented Praga’s rich history, 2021 racing programme as a dedicated Praga class within Britcar, and also touched on Praga’s future ambitions across its racing car division, globally influential kart division, its Dakar truck challenges and the new Praga aeroplane, due for take-off soon.

Mark Harrison, Managing Director, Praga Cars UK, said: “It was great to open-up after restrictions were relaxed and present our new HQ to a limited number of friends and colleagues from business and sport. This event was a ‘test day’ ahead of the real launch event on June 10th and gave us an opportunity to show the various activities that Praga is involved in on track, in the desert and in the air. Praga is the oldest motoring brand many people have never heard of, but this UK HQ will be a major step to changing that perception and the strong attendance last Thursday was testament to both the interest in our activities and the fact people just wanted to get out and meet up again, at last. I look forward to the official opening event in June.” 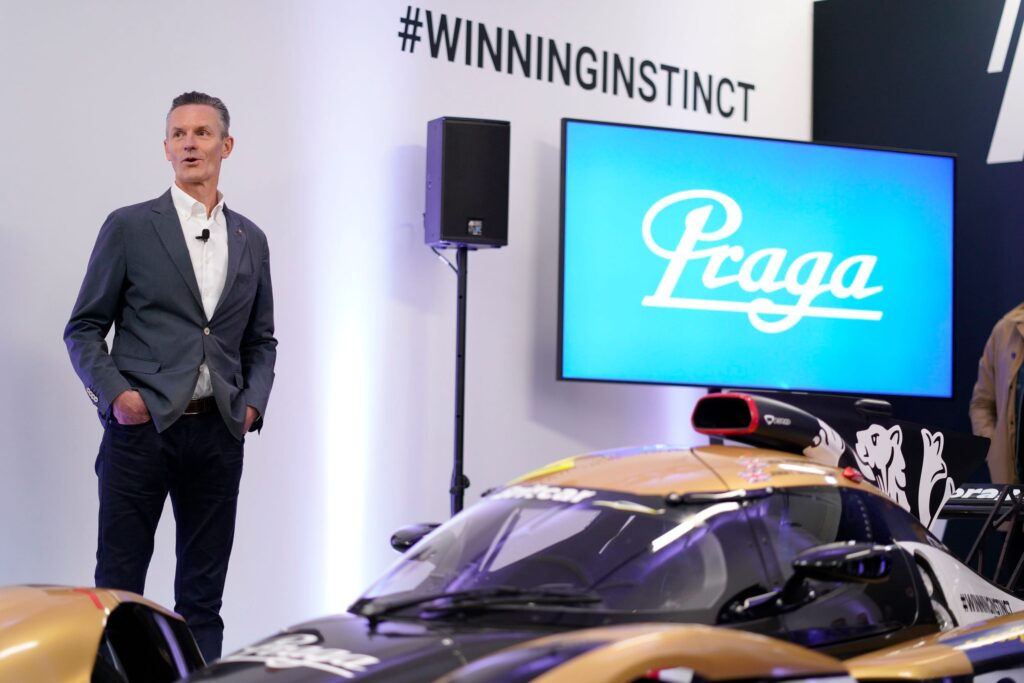 Praga racers Ed Bridle, Jack Fabby, Miles Lacey, Charlie Martin and Jay Morton were in attendance, with Lacey also acting as host for the two sessions, presenting him with the opportunity to interview Frank Stephenson; the designer behind his R1’s unique livery. Frank provided an engaging insight into the design processes that he follows and the inspirations from Praga’s past and the R1’s aero engineering that defined the livery of the car Miles shares with James (Mr JWW) Walker.

Neil Patterson, Principal of the Silverstone University Technical College with whom Praga is affiliated, also attended with staff and students highlighting the importance of the college and the various opportunities they provide for its students to get involved with motorsport at all levels. As part of the partnership, students from the UTC will be given the opportunity to work on Pragas at real race events to gain invaluable experience as they pursue careers in motorsport.

Mike Newton, CEO Tiga Cars and Praga Cars’ landlord at its Cheshire HQ, presented his European Le Mans Series winning LMP2 alongside his Le Mans team-mate Ben Collins – former Stig on BBC’s Top Gear – to discuss their triumphs at the highest level of endurance racing. Praga Guest Driver and former SAS operator, Jay Morton, was also on hand to discuss how his experiences on the track and in life, including summiting Mount Everest twice, have prepared him to compete in the Britcar Endurance Championship with Praga. Finally, in the spirit of extreme endurance, Ales Loprais, Praga’s experienced Dakar Truck competitor, described his adventures in the sand.

You can see all photos here.