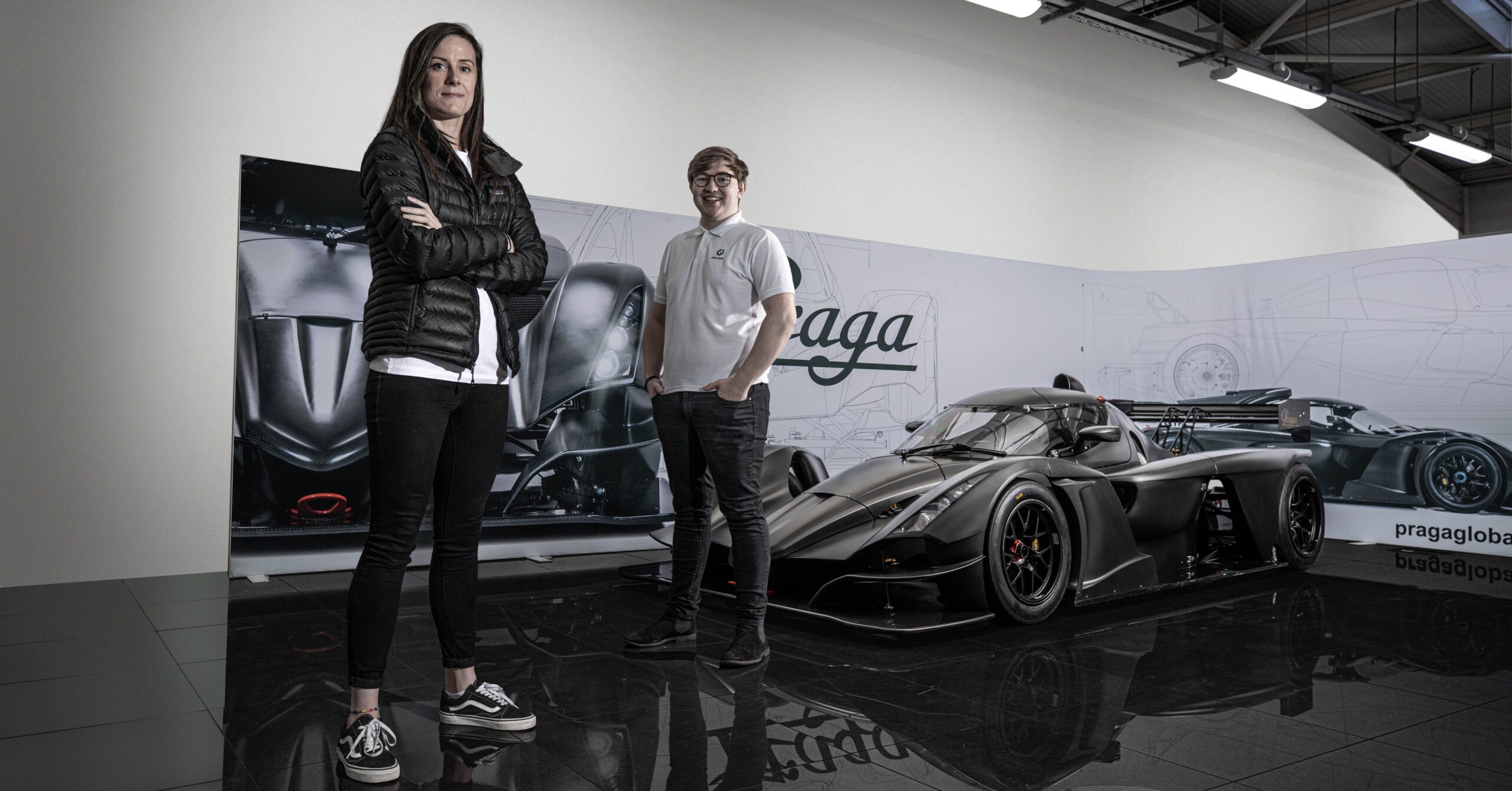 Abbie has been racing for nearly 20 years and boasts a CV that includes wins in the Blaincpain Endurance Series, Touring Car championship wins and a stint as the test driver on The Grand Tour alongside Richard Hammond, Jeremy Clarkson and James May. Gordie Mutch, who will complete the whole season in the brand new Praga R1, is a key member of Praga ambassador Romain Grosjean’s R8G esports team. He is a race winner in national karting and Ginettas alongside his sim racing achievements, which include winning the first ever British Sim Racing Championship. The Praga R1 will represent a welcome step up for Gordie as he continues his professional development and benefits from sharing the car with experienced racer and driver coach Abbie.

Abbie Eaton said: “I am really excited to be racing the new Praga R1 in the Britcar Endurance Championship this season. I had the chance to test the car at Donington at the end of 2020 and it is just an incredible car to drive. Racing in a grid of ten R1s is going to be quite an experience. W Series is on the Formula 1 calendar this year and that will involve a lot of travelling. I will miss some Britcar races as a result, so I am aiming to get up to speed as quickly as possible and put my team-mate Gordie in a great  position to finish the job.”

Gordie Mutch said: “I have enjoyed balancing my sim racing with my real-world racing and this is the perfect opportunity to bring it all together. I am really grateful that Romain Grosjean’s support allows me to combine racing in his R8G esports team with a Britcar campaign in the new Praga R1. I’m looking forward to racing against the other Praga drivers and I am sure that I will have some good battles with the experienced sim racers Jimmy and Charlie – virtually, and on track. When we were at Praga’s new HQ I heard about the ‘Praga-powered’ sim units and can’t wait to get in one of those, it has got to be worth a few tenths!”

Romain Grosjean said: “I am really pleased to see Gordie, a key part of our R8G sim racing team, make the step up to race the Praga R1 this year. My involvement with Praga goes back a long way and I am delighted that we have been able to work together to give Gordie this opportunity which marks the start of a bigger collaboration with Praga, merging real-world and sim racing. I will be watching the Britcar season and I wish the team great success.”

Mark Harrison, Managing Director, Praga Cars UK said: “This is a very strong driver line-up and will be a team to watch this season. Abbie has a huge amount of experience internationally and passing on that experience will be key to a successful season for this car.  This announcement is a great way to kick-off our deeper partnership with Romain and R8G as we work to bridge the gap between sim racing and real-world motorsport. I am delighted that we can strengthen that relationship, not only with the sponsorship of his R8G esports team but by running one of its stars, Gordie Mutch, in the new Praga R1 this year.  We have put together a great group of drivers to fill the Praga category in Britcar this year and I would expect this car to be in the battle for the championship. I can’t wait to see what happens on track.”

Praga Cars UK is due to announce the location of its first dedicated UK Praga brand centre in Cheshire: close to the home of the Praga UK kart dealer. The new HQ will house the first of a range of “Praga-powered” high-end sim racing units. The 2021 Britcar Season begins at Silverstone International, before heading to Snetterton, Oulton Park, Silverstone Grand Prix, Brands Hatch Indy and finishing on 23rd October at Donington Park. Abbie and Gordie will be racing the new Praga R1 which was revealed in January. 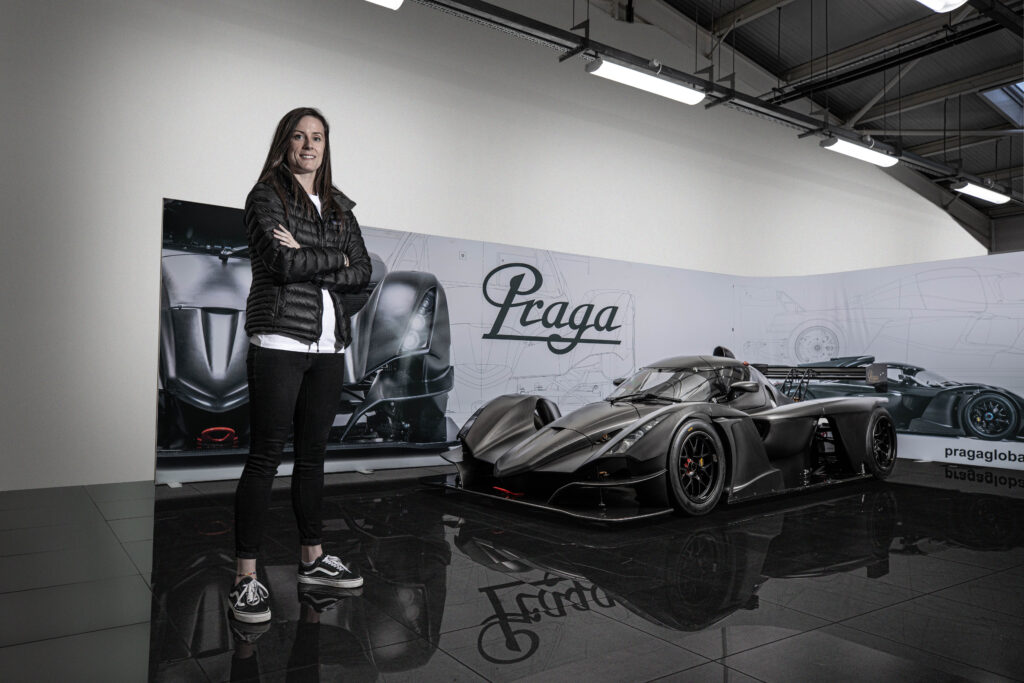 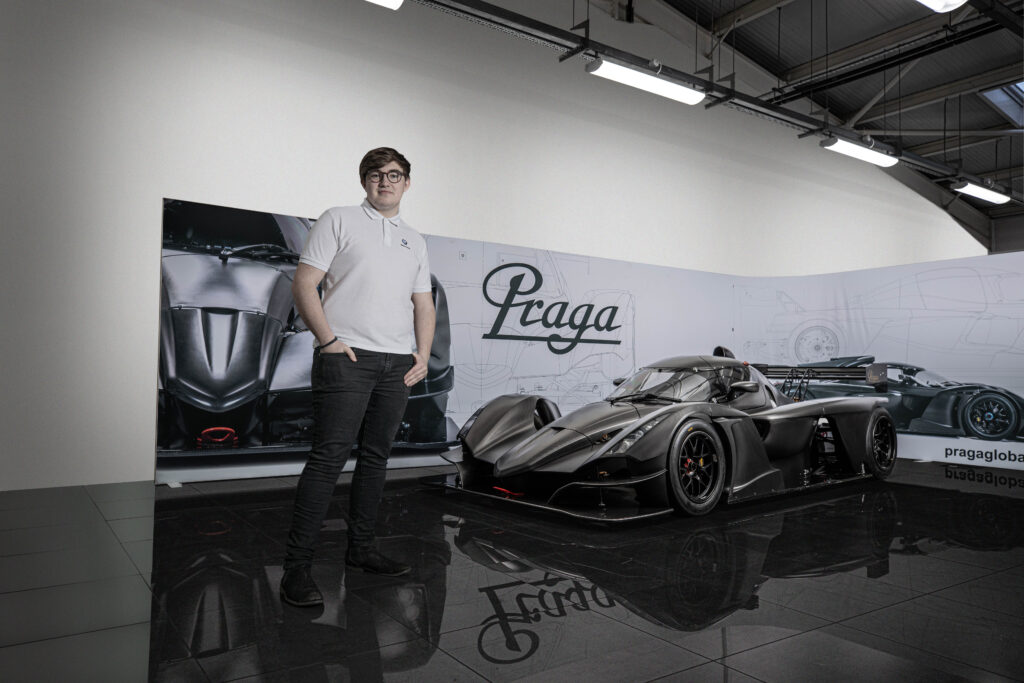