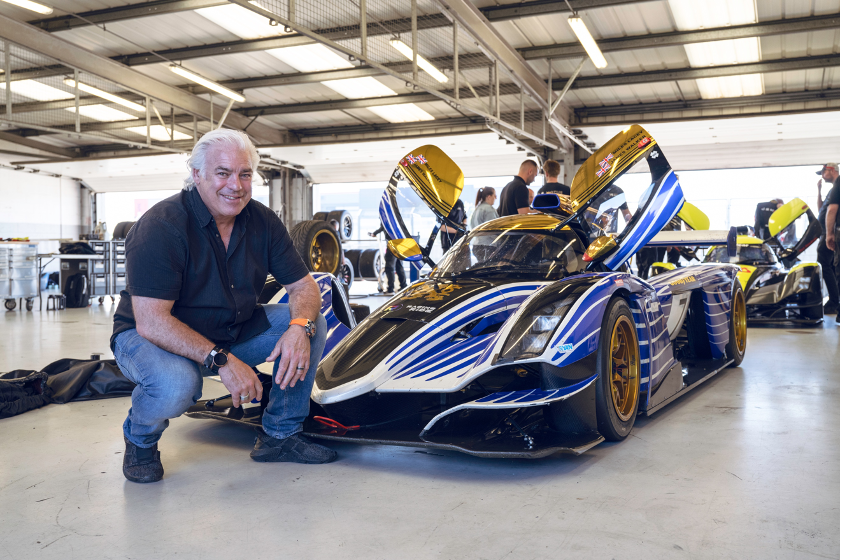 Frank to run up the hill at Goodwood Festival of Speed

Frank has been tidied up after the 2 Hour Britcar race at Silverstone on Saturday 3rd July and is all set to run up the hill at this year’s Goodwood Festival of Speed.

Much to iconic car designer Frank Stephenson‘s relief, the Frank in question is the 2021 Praga R1 named after the famous automotive designer who came up with its stunning livery.

It is the first time that a Praga R1 race car will run up the iconic hill climb at the Duke of Richmond’s, Goodwood estate, following on from the debut of the road-going Praga R1R prototype in 2016. The 1.86km track weaves its way through thousands of spectators, and past the front of the Duke’s home, Goodwood House.

‘Frank,’ the #7 Team Praga Racing car that is currently competing in the 2021 dedicated Praga Class within the Britcar Endurance Championship, will be piloted in its demo runs by ex-BBC Top Gear Stig, Ben Collins, and Supercar Driver’s Miles Lacey, who competes the car in Britcar alongside team-mate James (Mr JWW) Walker. Walker has numerous commitments over the four days, but will also try and find an opportunity to jump back into his car for the hill climb.

In addition, experienced Praga chief factory driver Aleš Jirásek will be in attendance to take part in the timed shootout; where manufacturers take part in the competitive hill climb programme. The R1 is more suited to circuits such as Silverstone, where its aerodynamic properties work to full effect, but given that competing in the hill climb is a badge of honour for global race car brands, and a real spectacle for the crowd, Praga could not turn down the invitation.

The Praga R1 will be running in ‘Batch 5 – Sports Racers Demo,’ as well as timed sessions.