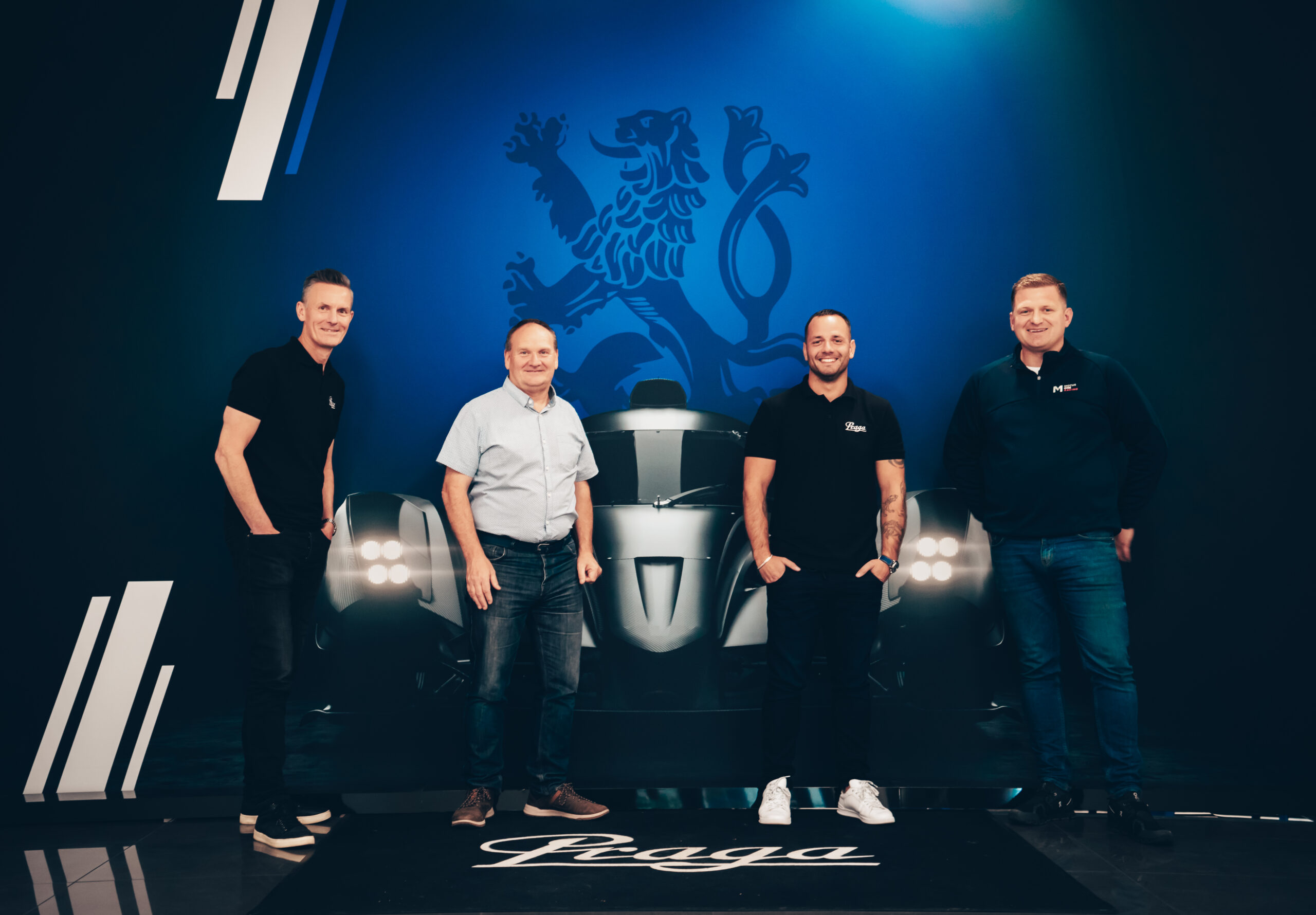 Praga Cars has confirmed Motus One as the new team running the Praga R1 Guest Driver car of Miles Lacey and James Walker for the second half of the Praga Cup season within the Praga Class of Britcar Endurance.

Having taken over the management at the start of the season of a new customer R1 already racing in this season’s Britcar Endurance Championship Praga Class, and working closely with Praga Cars UK in a number of other racing projects, Motus One’s Managing Director Will Powell was handed the keys of Lacey and Walker’s R1 by Praga Cars’ Mark Harrison and Tomas Kasparek, and VR Motorsport’s Vincent Randall at Praga Cars UK’s headquarters ahead of Round 4 at Silverstone July 2nd/3rd.

The move to Motus One does not affect the car’s entry in the Britcar Endurance Championship, nor Lacey and Walker’s positions as Praga Cars’ Guest Drivers. It does, however, free up capacity for VR Motorsport’s Managing Director Vincent Randall to add a further R1 to the Britcar grid with VR’s R1 that was competed in 2020 by military veterans Martyn Compton and Warren McKinlay. This will result in a record 10 R1s competing in the UK.

Vincent Randall, Managing Director, VR Motorsport, said: “We have worked really well with Motus One in the first half of this season as they took on the management of their first R1. Will Powell has made it clear from Round 1 race 1 that he wanted to run more Pragas, whilst I have a plan for VR to move away from running R1s to selling R1s – the two should not go together as it always produces compromise. I am therefore really pleased we have come to this arrangement as it continues our strategy to have all R1s run by skilled, independent teams.”

Will Powell, Managing Director Motus One said: “The team here love working on the R1 as it has a simplicity and purity to its design and construction, yet can be adjusted to driver preferences. And looks great! That is why, from day one, we wanted to look after more R1s. Motus One manages Miles Lacey, so we had been pushing on this door all season and will now try and help Miles and James onto the podium.”

Mark Harrison, Managing Director, Praga Cars UK, said: “When we came up with the idea of the Guest Driver programme, we did consider independent teams running each car, but decided to run them as factory cars initially, so Tomas and I think this is a great move for Motus One, VR Motorsport and Praga. We are still a very small organisation, but we see potential for rapid growth so need to work with partners like this who can work together for the greater good. And if the result is seeing James and Miles bring home silverware and Vincent getting a 10th R1 onto the grid, then it’s a win, win.”

Tomas Kasparek, Owner, Praga Cars, said: “I have been really impressed with the VR and Motus One crews, and like the spirit of partnership the owners are bringing to the paddock. We can only grow the Praga and R1 programme through collaborations, so I am happy that we are beginning this move to successful, respected independent teams working with Vincent.”